Will the 2022 Spring Statement rock the pensions' boat? 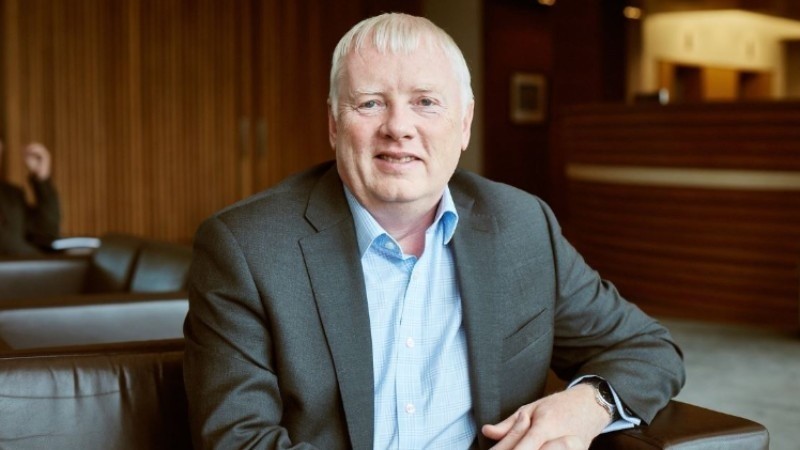 We now live in an era where the government doesn’t always store up big announcements for budget days. Gone are the days when budgets were all about a change to the basic rate of income tax or how much more you’d pay for a pint of beer or bottle of wine – although duty on prosecco did put in an appearance in Rishi’s Autumn Budget.

We’re due a spring forecast statement on 23 March. While there’s much to do to ‘Build Britain back better’, the government may feel limited in its scope to take any more tough measures right now. There’s already a long list of previous announcements in the process of being implemented. National Insurance contributions are going up in April and last year’s freezing of personal allowances and the various tax thresholds will, by stealth, make the tax burden even greater.

Taking all this, alongside the current cost of living crisis, makes it particularly hard to identify where the Chancellor might turn his attention to in the coming weeks or months.

Last year, outside of not one but two budgets, we had two manifesto breaking announcements. The first was temporarily removing the earnings component from the state pension triple lock, to avoid granting an increase of over 8%, as a result of furlough-related national average earnings distortions. Instead, the increase this April will be 3.1%, based on price inflation for the year till September 2021. This is looking increasingly ungenerous with current inflation already almost twice that and rising.

We also had a major and long overdue announcement on social care funding in England. This gives individuals more certainty and an £86,000 cap on how much they’ll need to pay for their care. But the corresponding UK wide increase in National Insurance (NI) contributions – to pay the government’s share alongside temporary additional support for the NHS – broke another Manifesto commitment not to increase income tax, NI or VAT.

The increase of 1.25% in the rate of NI for employees, employers and the self-employed goes live on 6 April and a year later, will also be deducted from earned income above the state pension age – currently exempt from NI. Dividend tax rates are also rising by 1.25% for assets held outside of ISAs and pensions. It will also impact business owners who pay themselves through dividends.

The increase in NI was announced before the full extent of the current cost of living crisis became clear. Since then, the spiralling cost of fuel is raising huge concerns, particularly with the energy cap having been raised. This prompted another intervention from the Chancellor, clearly feeling his support package couldn’t wait till a Spring Statement.

In addition to inflation running at its highest for 30 years, confirmed and expected future interest rate rises are making life increasingly more difficult for borrowers. The huge amount spent by the government over the pandemic, has dramatically increased national debt and higher interest rates will make that more costly to service.

Another major announcement from earlier this year, was the White Paper on levelling up across the UK. While not a Treasury led initiative, it will involve many major financial decisions and we may see the detail of some of these emerging in forthcoming budgets.

It’s not only individuals who are facing up to increases in taxation. The Chancellor announced last year that from April 2023, the standard corporation tax rate will rise to 25% for companies with profits over £50,000. Although marginal relief will be offered to those with profits between £50,000 and £250,000. This makes it unlikely we’ll see further changes to corporation tax this year.

Plugging the gap in the nation’s finances

Throughout the pandemic, the Chancellor took care to remind people that the huge amount of support from the government would have to be paid for. It’s to be hoped that growth initiatives can go some way to doing so, but tax increases were seen by most as inevitable.

But the reaction to the NI increase shows the public are certainly not all united in a willingness to pay more, even to support our NHS let alone social care, the funding of which creates intergenerational challenges.

So where does that leave us for the Spring Budget or Statement? And perhaps more importantly beyond in terms of both taxation and plans to ‘grow ourselves out of’ the current situation?

One possibility is through wealth taxes. However, the government recently rejected the Office of Tax Simplification’s recommendations to radically overhaul inheritance tax (IHT) and capital gains tax (CGT).

The Chancellor has already frozen IHT thresholds and the CGT annual exemption for five years and rising inflation will naturally boost receipts here. While further ‘headline’ changes may be unlikely, that doesn’t rule out changing how pension death benefits are treated for IHT purposes. On CGT, we could see moves to align rates with those of income tax.

The other perennial area of speculation is pensions tax relief. Could we in future see a radical move to a flat rate of relief irrespective of marginal income tax rate? Some higher and increasingly mid earners are already finding pensions less generous. The pensions lifetime allowance is another victim of the five year freeze and in a period of high inflation will affect many more people, and not just the wealthy.

But maybe the pensions boat won’t be rocked any further this year while the government is courting their multi-billion pound investment superpower to ‘Build Britain back better’. In particular, the government wants to see all types of workplace pensions investing more in productive finance and illiquid investments. Forthcoming budgets could announce further measures to break down barriers here for institutional investors. And we could even see new initiatives to encourage individuals to ‘do their bit’ too.

If the government is keen to get individuals to make more of their money, perhaps by investing any excess cash in the economy, how about a doubling of the stocks and shares ISA allowance?

This year could also see more announcements on moving away from EU regulations to open up investment opportunities for the benefit of Britain. The Treasury has just announced that it’s intending to reform Solvency II which will include allowing greater investment in productive finance, with a consultation due in April.  Movements on Solvency II won’t excite the general public but there could be positive consequences flowing from this.

Returning to pensions, I’d really like to see some relaxations on contribution limits, particularly to help those needing to ‘catch up’ for ground lost during the pandemic. One obvious candidate would be to increase the £4,000 limit on contributions which can be made after an individual accesses their pension flexibly from age 55. Another would be to raise how much individuals without earnings can have paid into their pension. While we’ve seen many thresholds frozen for a five year period, that £3,600 limit was set over 20 years ago so is surely overdue for review.

Keep an eye out for upcoming announcements and updates

Visit our Fresh Perspectives hub for further updates leading up to the announcement of the Spring Statement and how the announced implications will impact you as a financial adviser.