When is Rishi Sunak delivering the spring statement and what will it contain? 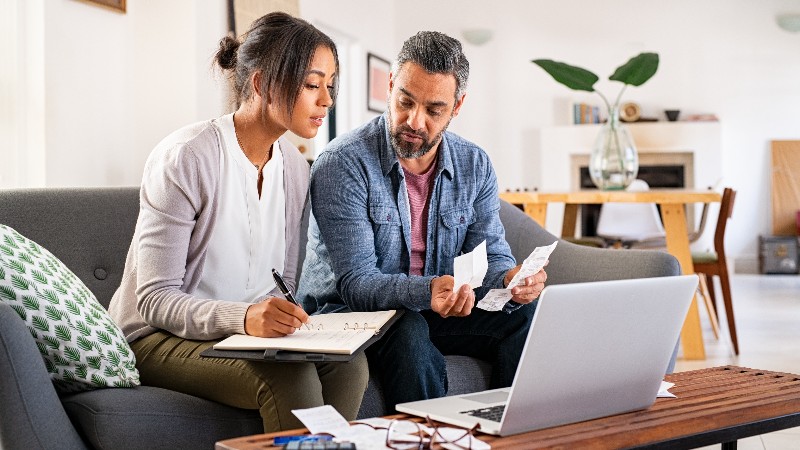 Curious to learn what this year's Spring Statement entails? Read Andy Gregory's piece from The Independent to find out!

Pressure is high on Rishi Sunak ahead of this year’s spring statement, with all eyes on the chancellor to ease the cost-of-living crisis gripping the UK.

As it weathered the fallout of Brexit and the coronavirus pandemic, the UK was already bracing for the biggest squeeze in living standards in decades as a result of soaring inflation and rising energy prices – a situation now exacerbated further by Vladimir Putin’s war in Ukraine.

With the Consumer Prices Index measure of inflation already above 5 per cent, last week saw the Bank of England warn that this could hit double figures for the first time in 40 years – with influential Tory backbencher Robert Halfon warning voters are “living in fear” of rising costs.

The coming weeks are also “crunch time” for businesses, with the mini-budget likely to determine whether many firms stay afloat, British Chambers of Commerce director general told The Independent, following reports that recession is being whispered about in Whitehall.

Amid varying calls from business groups and Tory MPs to delay the planned hike in National Insurance contributions and cut fuel duty rates, among other measures, Mr Sunak indicated on Sunday that he does intend to offer relief to families and businesses grappling with soaring prices.

“Where we can make a difference, of course we will,” the chancellor said. But with reports suggesting he has stashed away some funds for pre-election “sweeteners” to voters, Mr Sunak also tempered expectations by saying that he “can’t solve every problem” – with surging inflation “out of my control”.

His comments came as The Independent learned that Mr Sunak has made last-minute changes to his spring statement, with the Office for Budget Responsibility told to recalculate fiscal forecasts to take into account amended Treasury plans in a highly unusual move.

When is the spring statement?

This year, the spring statement will take place on Wednesday 23 March.

Mr Sunak is due to address MPs in the House of Commons at around midday, after the Office for Budget Responsibility publishes its biannual forecast for the UK’s economy and public finances.

While the spring statement is typically a shorter affair than the annual budget, this year’s is expected to potentially be more substantial – which could lengthen its running time somewhat.

His speech will be followed by questions from MPs.

The spring statement is one of two statements the Treasury makes each year to parliament upon publication of economic forecasts.

It is typically a rather procedural affair, used by the chancellor to provide an update on the health of the economy and to provide statements on the progress of announcements made in his previous budget.

The chancellor can also make tweaks to these previous announcements, and can introduce smaller policies and pledges than those typically seen during the budget.

However, as seen previously in response to the pressures of the pandemic – and a decade ago during the financial crisis – this year’s spring statement appears to have the potential to go beyond its official remit.

What has Rishi Sunak said so far?

Speaking on the BBC’s Sunday Morning programme, the chancellor said: “I want to be honest with people that it’s not going to be easy.

“I wish government could solve absolutely every problem, that I could fully protect people against all the challenges that lie ahead.

“I can’t do that, but what I would say is I will stand by them in the same way that I have done over the past couple of years.”

In an interview with the Mail on Sunday, Mr Sunak indicated he favours a realignment of spending, rather than any large new allocations of funds.

“Let’s not be spending any more money – let’s make sure the money we’re spending is spent really well,” he said. “That’s got to be the focus, because otherwise it’s hard to cut taxes.”

So what actions are the chancellor likely to take on each of the major issues facing the UK?

The price of fuel has been soaring in the UK, with the cost of petrol and diesel rising respectively to record highs of 167p and 179p per litre at forecourts on Sunday, according to data firm Experian Catalist.

With Tory MP Robert Halfon having gathered 50 MPs’ signatures in a letter to Mr Sunak demanding a cut in fuel duty rates, the chancellor signalled on Sunday that he could be open to such a move, saying that he does not believe prices at the pump should be “prohibitively expensive”.

A pivotal moment facing UK households is due on 1 April, when Ofgem’s energy price cap will be increased by nearly £700.

The chancellor has already announced a multibillion-pound package of support, which will see households given an effective loan of £200, to be repaid over the next five years.

But he faces pressure to go further – not least due to warnings that further increases in energy bills in October are already “baked in” – with possible measures available to him including a further rebate based on council tax bands, or to axe VAT on domestic energy bills.

Despite the Treasury raking in an additional £12.5bn from a “stealth tax” in last year’s budget due to soaring inflation, according to the Institute for Fiscal Studies, the chancellor plans to hike National Insurance contributions by 1.5 per cent in April in order to pay for social care.

Research by the Labour Party, shared with The Independent last week, suggests that the UK is the only major world economy to be raising taxes on working people during the cost-of-living crisis.

The British Chambers of Commerce is among those calling for the National Insurance hike to be delayed for at least a year.

Amid soaring inflation, the Resolution Foundation has predicted a 4 per cent drop in real incomes 2022-23, which would represent the sharpest decline in real incomes since the 1970s, leaving the chancellor facing a challenge to shore up consumer spending power.

The Resolution Foundation has argued that the best way to counter the rise in inflation would be to increase all working age and pensioner benefits by 8.1 per cent rather than the planned 3.1 per cent rise.

For low-to-middle income households, such a move would deliver four times as much as cancelling the National Insurance rise, “and should be the Chancellor’s top policy priority”, the foundation's principal economist Adam Corlett has said.

Another possible move would be for Mr Suank to reverse the removal of the £20-a-month Universal Credit uplift, which was cut in October after increasing in March 2020 to help people through the pandemic.

Asked about such a step on Sunday, the chancellor told the BBC that the ensuing cut to the Universal Credit taper rate – announced during his last budget to soften the removal of the uplift – means workers claiming the benefit will be “£1,000 a year better off as a result”.

While Mr Sunak has faced calls from Tory MPs to increase defence spending in his spring statement in response to Russia’s war on Ukraine, the chancellor has appeared to pour cold water on such suggestions.

Speaking to the BBC on Sunday, Mr Sunak pointed to pointed to the £24bn of new defence spending announced in last year’s Integrated Review.

“It’s the largest increase in defence spending since the end of the Cold War and ensures that not only will we meet our Nato two per cent target, we will remain one of the largest defence spenders in Nato overall,” the chancellor said.

This article was written by Andy Gregory from The Independent and was legally licensed through the Industry Dive Content Marketplace. Please direct all licensing questions to legal@industrydive.com.