What does the Budget mean for your personal finances? 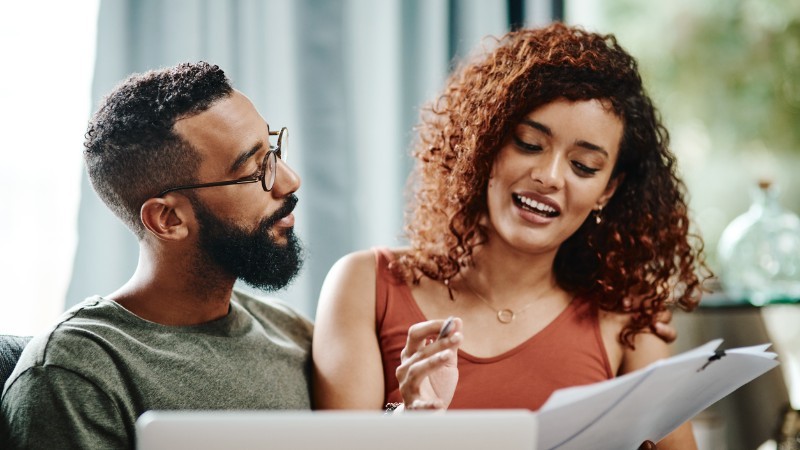 He was also keen to acknowledge that the big numbers mean very little to most people, what really counts is whether government’s decisions improve individuals’ lives. So did the chancellor deliver?

What’s happening: A pay freeze for around five million public sector workers, including nurses, teachers and members of the armed forces, will end.

What does it mean? Public sector workers ‘ pay will rise for the next three years of this parliament but it isn’t clear by how much.

We don’t even know if the increases will outpace inflation. That will be decided by recommendations from independent pay review bodies under a “normal pay setting process”.

What we do know is that pay for many public sector workers has fallen in real terms since 2010 and the NHS faces a staffing crisis.

With the cost of living going up and expected to rise further still, this move was almost inevitable. Freezing pay would have meant effectively cutting the wages of key workers who have been on the front line of fighting Covid-19.

What’s happening?: The minimum wage for people aged 23 and over will rise from £8.91 to £9.50 per hour. Rates for younger workers will also rise.

What does it mean?: A 6.6 per cent pay rise will provide a boost for two million people on the minimum wage. However it will be eaten away by rising prices. Inflation is expected to hit 5 per cent, partly because of the rising cost of labour, though more importantly because of global supply chain problems which it is hoped will ease as the economy adapts to post-pandemic reality.

Households are also dealing with a 12 per cent hike in energy prices, with a further increase almost certain to happen in April. Cuts to universal credit and a rise in National Insurance and income tax will hit more people’s budgets that a rise in the minimum wage will help.

Some businesses reliant on lower-paid staff, such as hospitality, say that this is the last thing that they need given all the other cost pressures they face. However, wages are already rising in that sector and others due to a shortage of labour.

What’s happening?: The rate at which universal credit payments are cut when a claimant gets a job or works more hours is changing.

What does it mean?: From 1 December, people claiming universal credit will take home more of their pay when they find work or increase their hours.

The chancellor has reduced what is known as the taper rate. Under the current system, for every £1 earnt above a threshold for the benefit, a worker loses 63p. The taper rate will cut by 8 per cent, from 63 per cent to 55 per cent.

However, it does not make up for the £1,000 per year cut to universal credit implemented this month after the government scrapped a £20 per week uplift introduced during the pandemic. The latest change only helps less than a third of the people who lost the £20 uplift.

For example, a lone parent on minimum wage part-time will still lose £361 next year.

Around one in five people on universal credit cannot work who have been impacted by the cut and won’t see their incomes rise due to the change in the taper rate or the increase to the minimum wage.

Basic rates of benefits remain amongst the least generous of any wealthy economy and are at their lowest level since 1990.

What’s changed?: Nothing. The tax on petrol and diesel has been frozen for a 12th successive year.

What does it mean?: Drivers will not pay more duty when filling up their tanks after Rishi Sunak cancelled a planned 2.8p hike in fuel duty. The tax will remain at 57.95p per litre.

Drivers will still have to contend with rising pump prices. The cost of a litre of unleaded hit a high of 142.94p on Sunday – a rise of 30p this year. Diesel is close to a record high.

Because prices have increased and fuel duty is a flat rate, tax has fallen as proportion of total fuel costs. That may be popular with motorists but is controversial as the UK prepares to welcome world leaders for the Cop26 climate summit in Glasgow this weekend.

What’s changed?: The chancellor has slashed duty on UK domestic flights from April 2023. Duty on long-haul flights over 5,500 miles will rise.

What does it mean?: It will be cheaper than it would have been to fly within the UK because Air Passenger Duty for domestic flights will be reduced

"Right now people pay more for return flights within and between the four nations of the United Kingdom than they do when flying home from abroad," Mr Sunak told MPs.

The move was swiftly criticised by Labour and environmental groups for further tipping the balance away from rail travel and towards aviation, despite the government’s commitment to cutting emissions.

What’s changed?: Alcohol taxes have been overhauled with higher rates charged on stronger drinks. Duty on draught drinks served from containers of 40 litres or more will be cut by 5 per cent. The “irrational” 28 per cent duty for sparkling wines will be removed. A planned increase on spirits such as Scotch whisky, wine, cider and beer will be cancelled from midnight.

What does it mean?: A pint in the pub will be around 3p cheaper, according to the Treasury. The chancellor says cutting taxes on draught drinks will encourage drinking in pubs rather than in the home, which research indicates may be better for public health.

It will also help to support pubs and restaurants which have been hit hard by the pandemic and have been losing out to cheap supermarket booze and, more recently, to a boom in delivery services.

Fifteen different rates for alcohol taxes will be replaced with six, based on the strength of the drink. Buyers of some higher strength drinks, such as some red wine and “white ciders” will pay more tax, while buyers of lower strength products, such as rose, fruit ciders, liqueurs, and lower strength beers and wines, will pay less.

What’s changed: Larger property developers will pay some of their profits to fix dangerous cladding but there’s no new funding from government or industry.

What does it mean?: £5bn of funding already announced to remove and replace cladding from tall buildings found to be unsafe will be funded partly by a Residential Property Developers Tax. The tax will be levied at 4 per cent for developers with profits of £25m or more.

This is in line with what was expected and is unlikely to please campaign groups and hundreds of thousands of leaseholders who are being hit with huge bills and will foot more of the bill than developers. The funding only covers some cladding on buildings over 18m, leaving remediation of a whole range of other safety issues unfunded.

What’s changed?: Two of the biggest changes impacting personal finances had already been announced. NICs will rise by 2.5 per cent – half paid by the employer, half by the employee. The level at which you start paying income tax and the higher rate band will be frozen.

What does it mean?: A significant tax increase for millions of workers from April 2022. Above £9,564 or £797 per month, employees and employers will each pay 1.25 per cent of their income towards a new Health and Social Care Levy. Self-employed workers pay the levy on their profits.

Unlike National Insurance, this levy will also be paid by state pensioners who are still working.

Income tax bands have been frozen at April 2021 levels for five years, meaning that, with inflation and rising wages, workers will pay more of their incomes to the government.

Budget 2021: Everything we know so far

Budget: What has already been announced?

This article was written by Ben Chapman from The Independent and was legally licensed through the Industry Dive publisher network. Please direct all licensing questions to legal@industrydive.com.