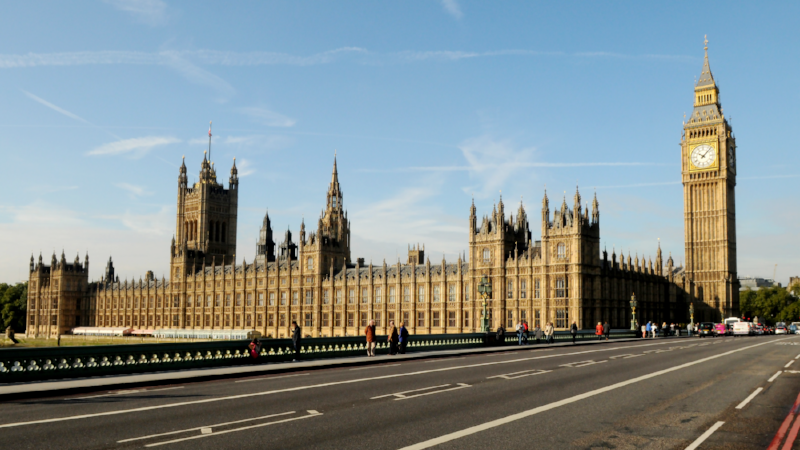 Theresa May is under mounting pressure to spell out what changes to the Irish backstop she hopes to negotiate with Brussels, after the fragile Brexit truce in her own party appeared to fray on Wednesday.

The EU’s chief Brexit negotiator, Michel Barnier, became the latest senior figure to reject the idea of revisiting the withdrawal agreement on Wednesday, insisting: “Calmly, I will say, right here and now, we need this backstop as it is.”

Downing Street said ministers would hold a series of meetings with backbench Conservative MPs, including supporters of the so-called “Malthouse compromise”, in the coming days, to thrash out an agreed approach.

May also met the Labour leader, Jeremy Corbyn, in her office in the House of Commons for face-to-face talks – though Downing Street subsequently denied that she had signalled a shift in position towards a customs union.

The prime minister won the backing of parliament on Tuesday for an attempt to return to Brussels and unpick the backstop her own government negotiated, to replace it with unspecified “alternative arrangements”.

When challenged by Corbyn at prime minister’s questions on Wednesday about what those might be, she mentioned “a unilateral exit mechanism or a time limit to the backstop” – and technological approaches such as a “trusted trader scheme”.

She added that Tuesday’s vote showed there was a sustainable majority for a deal, if objections to the backstop were tackled.

However, the EU seemed sceptical of her claims. Its most senior official told the prime minister on Wednesday evening it was her job to resolve the impasse.

The European council president, Donald Tusk, warned May, in what sources described as an “open and frank” 45-minute phone call, that a precondition for any further talks was a concrete plan from Downing Street that could clearly command the support of parliament.

She said that parliament had highlighted the issue that needed to be addressed in Tuesday’s vote. But the EU source said May had then failed to offer any proposals.

Tusk is understood to have replied that May could not expect Brussels to come to her rescue with a solution. EU officials and leaders are increasingly concerned that Downing Street is seeking to blame Brussels for their failures.

Before talks with the EU have even resumed, the prime minister is facing demands from Brexiters in her own party to overhaul her negotiating team.

Some claim that they had received assurances from No 10 in the run-up to Tuesday’s crunch vote that May’s chief negotiator, Ollie Robbins – a bogeyman for many pro-Brexit MPs – would be joined on future missions to Brussels by Crawford Falconer, the UK’s top trade negotiator.

May’s spokesman insisted on Wednesday that there had been no changes to the team, prompting the European Research Group’s Steve Baker to complain: “Excluding our chief trade negotiation adviser from our principal trade negotiation is a longstanding mistake which should be rectified now.”

Falconer, who works in Liam Fox’s Department for International Trade, was previously New Zealand’s representative to the World Trade Organization. He worked with the pro-Brexit thinktank the Legatum Institute before being brought into government.

A spokesman for the Labour leader said shortly after the meeting broke up that the prime minister had shown a “serious engagement in the detail” of Corbyn’s proposal for a customs union with the EU after Brexit.

A few minutes later, Downing Street responded by saying that while May had asked Corbyn questions, her underlying position had not shifted.

The party leaders held a 45-minute meeting that was described as “serious and engaged” by Labour. The Labour spokesman added that May was “interested in exploring the details of each element” of Labour’s Brexit proposals.

The two party leaders will meet again soon, most likely within days. Corbyn made an offer to May at last year’s party conference that Labour could swing behind her deal if she backed a customs union, and offered fresh reassurances on workers’ rights and environmental standards.

May has repeatedly insisted the UK must be able to strike its own trade deals, which would rule out joining a customs union – but many in Westminster still believe she could ultimately be pushed in that direction.

Some Tory Brexiters have even hinted they might be willing to swallow the idea of a customs union if the backstop were struck out of the legally binding withdrawal agreement. “Can we get up and leave this thing one day, if we want to?” asked one senior leaver. “Is our destiny in our hands?”

Other Brexiters are urging their restive colleagues to be patient and give May the space to negotiate. The former Brexit secretary David Davis said it was unlikely that May would make significant progress before 13 February, when she has promised to report back to parliament. “I would not expect the Europeans to start moving seriously until March – until the exit day is absolutely imminent. That’s just based on their past behaviour,” Davis said.

Meanwhile, a leaked memo from the industry minister, Richard Harrington, obtained by Sky News, poured cold water on proposals drawn up by Nicky Morgan and Jacob Rees-Mogg, among others, to resolve the Brexit impasse.

On the idea of technological solutions to avoid a hard border, his note said: “This idea was considered and rejected by both the UK and the EU in summer 2018, as both parties concluded that it would not maintain an open border. That is why we ended up with the current backstop. There is currently no border in the world, outside a customs union, that has eliminated border infrastructure.”

Harrington has issued a series of increasingly dire public warnings about the risks of a no-deal Brexit in recent days, even going as far as to say that he was prepared to be sacked for doing so.

The Brexit select committee chair, Hilary Benn, also questioned May’s plans on Wednesday, describing her remarks in the Commons as “a rerun of last summer, when the cabinet discussed technology, trusted traders and the maximum facilitation proposal as a way of solving the NI border problem” – all of which were then rejected by the EU. He warned that May appeared to have “decided to go through the same process all over again for reasons of party management rather than in the national interest”.

“What the vote has done is set out what parliament requires in order to pass this deal, so we now have clarity. The EU has said that it was seeking clarity,” a spokesman said.

This article was written by Dan Sabbagh and Heather Stewart from The Guardian and was legally licensed through the NewsCred publisher network. Please direct all licensing questions to legal@newscred.com.