The lost £19bn: how to trace forgotten pension pots 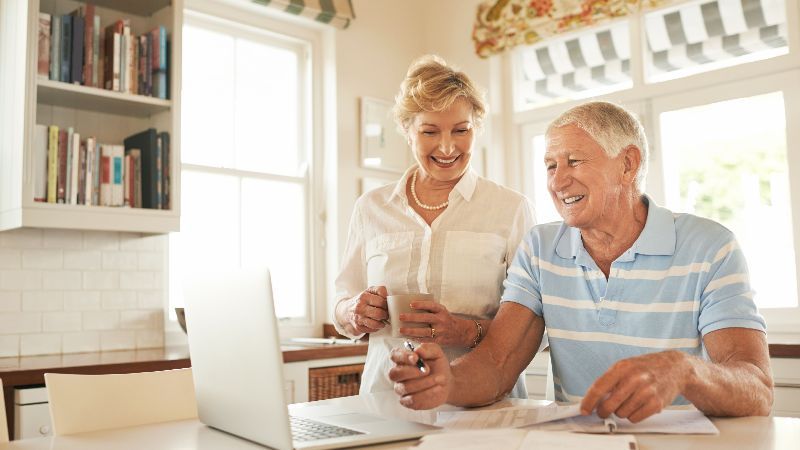 The era of the job for life is over. Whereas once many workers could expect to spend their whole career in the same company, now they shift from one to the next as better opportunities present themselves, redundancies force movement or they opt for a change in direction. Our lives have changed so much that research suggests that average workers will have 11 different jobs during their life.

As they move from one employer to the next, they build up new pension funds. But, for many, when they leave a job, those same funds are left behind.

As the government is now forcing employers to offer workers a company pension, it is expected that soon the UK will be awash with millions of “stranded pensions” where people lose track of what they have built up. Many will only wake up to their importance when they approach retirement, at which point panic sets in – which is why close tabs should be kept on them today.

The problem of forgotten pension pots is already acute. The Association of British Insurers (ABI) estimates that more than 1.6 million pension pots worth £19.4bn are “lost” – the equivalent of £13,000 per plan.

“Most people would say that only the rich could mislay £13,000, but it seems anyone can forget when it comes to pensions,” says Ian Browne, from wealth managers Quilter.

The problem is expected to grow. The auto-enrolment scheme, launched in 2012, legally obliges employers to give staff aged 22 and over, who earn more than £10,000 a year, a workplace pension. As a result, more than 10 million people have been given one of these schemes for the first time.

While the rules are a rare pensions success story, the problem of stranded pots could mushroom. That money will always belong to workers, but it doesn’t help if they lose track of it, or it ends up festering in underperforming schemes.

“Many are building up numerous pensions while being disengaged with details such as how much they’re worth and where the money is invested,” says Jamie Jenkins, head of global savings policy at Standard Life Aberdeen. New research from FinTech savings and investment app Moneybox shows that a quarter of workers aged between 25 and 40 already have two pots with a previous employer.

“This proliferation of old pension pots, coupled with the pension industry’s failure to communicate with its customers, has resulted in a generation of customers unable to connect with their stranded pensions,” says Moneybox co-founder, Ben Stanway.

So what can workers do to tackle the pension problems of the future?

How do I trace my old pensions?

Every pension provider is obliged to send scheme members an annual statement, so go through yours to see what is stuffed away.

Andrew Tully, technical director at pension specialist Canada Life, says one of the most common reasons why people lose track of pensions is failing to inform their provider when they have moved house.

“This is a particular problem for younger people, who tend to move jobs and home more frequently,” he says.

If someone does move, they should write to all schemes to tell them the new contact details. If the providers can’t be tracked down, you can get help from the government-backed Pension Tracing Service or by calling 0800 731 0193.

For many people, simply knowing where their money is may be enough. However, others may want to bring all their company pensions together. Workers are free to consolidate workplace pensions into a single scheme.

This is easier for defined contribution schemes, the most common type of company pension where how much a pensioner gets at retirement depends on how investments perform.

Tully says transferring out of recent schemes is relatively simple, as they are more flexible and less likely to charge exit penalties.

Switching can be tricky on older schemes, especially those from 20 years ago or longer, as some may still impose hefty exit penalties. Alternatively, some older schemes may offer irreplaceable benefits not available today, notably guaranteed annuity rates, Tully adds.

However, many old schemes are expensive and inflexible, and it might be wiser to move on.

“Consolidating all of your pensions in one place can lower charges and avoids dealing with multiple providers,” says Tully.

Bringing them together can be laborious and complicated, although providers such as Moneybox and PensionBee are working to make it easier.

The Moneybox app encourages users to save, and its new pension service will allow people to consolidate all their old pots and track their progress. PensionBee allows users to combine all of their pension pots into a single online plan, and contribute or withdraw money as required.

Pensions could be put into a self-invested personal pension, or Sipp, which allows owners to make their own investment decisions and choose from thousands of stocks and funds. Providers include Aegon, AJ Bell, Canada Life, Hargreaves Lansdown, Interactive Investor, PensionBee and The Share Centre.

What if I have a final salary scheme?

You can transfer out of an old final salary pension, also known as a defined benefit scheme, but the process is more complex and people should think very carefully before doing so.

These schemes, which are increasingly rare, offer a guaranteed income in retirement based on earnings and years of service, with the employer taking on the investment risk rather than the employee.

As a general rule, workers should stay put because these are attractive benefits to give up, Tully says. “It is obligatory to take independent financial advice before switching out of any defined benefit plan with a transfer value of more than £30,000. As a general rule, you should take advice on all pension transfers.”

What if my former employer has gone bust?

Defined contribution schemes are usually run by pension providers, so if your old employer goes bust, your pot should be safe.

If your pension provider has collapsed, compensation is possible from the Financial Services Compensation Scheme, although only up to £85,000 per person, per firm. For defined benefit final salary schemes, the employer is responsible for making sure there is enough money to pay every member.

It cannot raid the pot if in financial trouble, and if it goes bust the Pension Protection Fund should give 90% compensation, or 100% if you are at the scheme’s pension age.

What’s the pensions dashboard and will it help?

The government is trying to make monitoring and transferring pensions easier through a new initiative called the “pensions dashboard”.

This will compel all pension providers to make consumers’ data available through a single portal, which will list all relevant pension schemes and show how much they are worth, including the state pension.

“This will allow you to trace and value all your pension pots in one place online,” says Jamie Jenkins at Standard Life Aberdeen.

However, the process is complex and likely to take at least another four years. Government, regulators and pension companies are working to make “pension dashboards” available online from this year, but it will be some time before every pension scheme is included.

In April, the government said it would “compel all providers to make consumers’ data available”, but this will take time. It will be mandatory for pension schemes to supply data with deadlines spread over the next three or four years.

Facing up to the four pensions dilemma

Jenni Lang, 41, has picked up four different employer pensions and “totally lost track” of where she stands or how much they are worth.

She says these pensions will make up the bulk of her retirement income and she doesn’t want them going astray.

Lang has two years of a pension from her first job at a public affairs agency, followed by two years at PwC, nine at Centrica, and 18 months in her current post at the People’s Postcode Lottery in Edinburgh.

They could contain generous sums given that PwC paid in 10% and Centrica 7% on top of her own contributions.

Lang’s current employer is now switching its scheme to a group personal pension and she is considering taking the opportunity to consolidate all of her money. “Or should I leave them where they are, to diversify and spread risk,” she asks.

Millions will find themselves in a similar position and Andrew Tully, technical director at Canada Life, says the answer depends on many variables.

First, Lang should check whether her new plan allows transfers in. Then she should examine its charges and investment options, to see if they are more favourable than her existing schemes.

If not, she could still consolidate her three old pots into a self-invested personal pension (Sipp), and manage the money herself. “Two pots are easier to run than four, and she should shop around to find the best Sipp,” he says.

Lang also needs to check for any exit penalties on her current schemes, Tully advises.

“Consolidation is complicated, but afterwards you should have a clear overview of all your retirement savings. She can still diversify by spreading her money across different investment funds and sectors.”

This article was written by Harvey Jones from The Guardian and was legally licensed through the NewsCred publisher network. Please direct all licensing questions to legal@newscred.com.