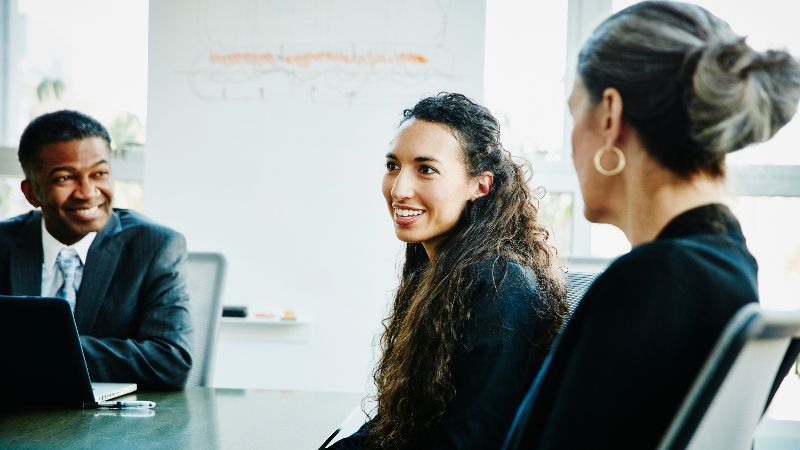 Putting together a pension fund can be tricky to tackle, whether you have just set foot into the world of work, or have been working for years and are approaching retirement. Emily McKinnon looks at effective ways of saving for retirement.

Professional Pensions asked three experts for their top tips on how pension scheme members can boost their pots.

It really is never too early to start saving for your pension. The reality is that the earlier you start to build your pot, the better.

Royal London pension specialist Helen Morrissey says:"Pensions are not just for old people. You are never too young to start a pension."

This is especially true for young women entering the workplace, as they tend not to do as well as men when it comes to pension saving. A lot of women will choose to have children at some point in their lives - a choice which will likely result in their going on maternity leave and returning to work part-time or leaving the workplace permanently for an extended period. This decreases the amount that they put into their pension pot over their working life.

"Save as much as you can, when you can," says Morrissey."Get that good head start."

But for most young men or women starting work, getting a pension does not enter the equation. With the need to pay off student loans and save up for a first house to think about, a pension hardly seems affordable.

This article was written by Emily McKinnon for Professional Pensions and was legally licensed through the NewsCred publisher network. Please direct all licensing questions to legal@newscred.com.

The solution, according to AJ Bell senior analyst Tom Selby, is to set a budget.

"Consider what your priorities are for your money and where you're going to save it," says Selby."Once you've done that and you've portioned off the different bits that you're looking to save, you can start to think about how much money is going to go into your pension."

Even if there is only £20 left over from your income, you could pop it into your pension pot. Compound interest will swell the value of your money over the 40 or 50 years you have before you reach retirement age.

However, if you are ten or 15 years away from retirement and still do not have a pension, there is no need to panic. According to Barnett Waddingham senior consultant Malcolm McLean, late is better than never.

"It is, generally speaking, never too late to start a pension," McLean reassures.  "You can build up a pension pot fairly easily, certainly over ten years."

There are three options to consider when setting up a pension in later life. You could start putting average amounts in a pension, in which case you would have to be prepared to have less to live on. Alternatively, you could put away the same amount if you are younger, and just have to accept that you will receive a lower income at retirement.

"The third option is to save a small amount and then retire later," Selby says."But usually, this will not be palatable and, in some cases, physically possible."

As well as saving as early as possible, you should save as much as possible.

Deciding how much investment risk you are willing to take is really important.

The riskiness of is investment strategies typically ranked from high, to medium, to low, depending on how much the value of the asset fluctuates over time.

In theory, Selby says,"you should be able to take a reasonable amount of investment risks in your early years, and enjoy the benefit of investment and compound interest growth over time."

In high-risk investments, the value of the assets can fluctuate a lot. This is what makes these investments so risky - just as you could make a lot of money, you could lose a lot too.

This is why Selby says it is a good idea to review the investment choices you have made as you approach retirement.

"Nobody wants to be exposed 100% to very risky assets just before they're about to take an income in retirement, in case another 2007 crash hits and their retirement hopes are elected captors."

Stay in your workplace scheme

If you are earning above £10,000 and are over the age of 22, your employer has a legal obligation to set you up in a pension scheme of their choice, which is known as auto-enrolment. On top of this, your employer has to pay a minimum of 3% of their salary into your pension pot along with 5% of yours, resulting in a minimum total of 8%. You can choose to opt-out of the pension fund. Nonetheless, Selby strongly advises staying in the scheme, as opting out would be"a voluntary pay cut".

Morrissey agrees, and also recommends asking your HR department if they will contribute more than the minimum. Some companies have an arrangement in place called employer-matching.

"If they are willing to put in a bit more, see if you can match them. Over time, that means there's a lot more money going into your pension," Morrissey continues.

For example, if your employer was willing to put in 6% of your salary rather than 3%, combined with your own 6% contribution, this means more money going into your pension pot. Having 12% instead of 8% may not sound like a huge difference in value, but it certainly will be when compound interest over a lengthy time period is taken into account.

Don't be put off by pensions

If you are feeling intimidated by the concept of pensions, you are not alone. It is not uncommon for people to feel that way.

"Sometimes people think that they're stupid because they don't understand pension schemes," McLean says."But it's not them that's stupid. It's probably the way it's been communicated to them."

"Don't be afraid to ask questions," he adds."There is no such thing as a stupid question about pensions."

Just as pensions are not intimidating, they are not scary either.

"When you read something and it tells you how much you need to save a certain amount into your pension, some of the numbers mentioned can look quite scary, and it can put people off," Morrissey explains.

"What a lot of the articles don't tell you is that that the contributions into your pension are made up of what you put in, what your employer puts in and what the government puts in, in the form of tax relief."

Tax relief is what Morrissey considers as"one of the biggest plus points" of a pension because for every 80p that you put into your pension, the government will raise it to £1. Again, when taking years of compound interest into account, a raise by 20p means a lot for your pension.

Take an interest in your pension

This is a good tip for all ages but especially for those approaching retirement.

Whatever you do, do not forget about your pension. For instance, if you are a mother who has chosen to leave her job, remember to contribute whatever you can to your pension in order to carry on building up a substantial amount for when you reach 57.

"Don't forget the state pension," Morrissey says."That can account for a massive part of your income in retirement."

Everybody, if they pay national insurance, gets a state pension that they can only receive at retirement age. However, McLean considers the future to be"uncertain" for state pensions.

He goes on to say that, since the state pension might not always be there, it would be better to not wholly rely on it.

"It would be much better if you can prepare for yourself and get yourself a private pension in later life," McLean adds."Again, the younger you start this, the better."

Thanks to the modern world we live in, you can now check your state pension online. McLean says that there are two main things you should be asking yourself when you do.

"Make sure you know where you stand in relation to the state pension and getting the most out of it. Are you on course to getting the full pension? If so, when are you going to get it?"

Checking your state pension may go on to influence whether you withdraw your private pension proceeds or not, which is why keeping an eye on its progress is recommended.

Prepare for your retirement in advance

For those retiring sometime in the next few years, it is a good idea to think ahead.

"A lot of providers only start communicating with people about six months before they retire, whereas people need to start thinking about it much earlier."

All three pensions experts propose speaking to a financial adviser when approaching retirement. Morrissey says that people who are around ten years away from retirement should sit down with a financial advisor and ask:"Where am I with my pension? Am I where I need to be?"

"You could take professional advice as to what you should be doing to maximize your pension income," adds McLean.

"Getting a financial adviser will help you navigate all the different tax rules and all the various complicated things that you need to be aware of and understand in order to build a decent sustainable withdrawal strategy," says Selby.

Selby also advises anyone with multiple pension pots from different jobs to combine them under one provider.

"Partly because that makes it easier to administrate your funds," he goes on to explain,"and partly because by shopping around providers and seeing what's available, it's likely that you will be able to reduce your charges, which is incredibly important as you're approaching retirement."

This article was written by Emily McKinnon for Professional Pensions and was legally licensed through the NewsCred publisher network. Please direct all licensing questions to legal@newscred.com.