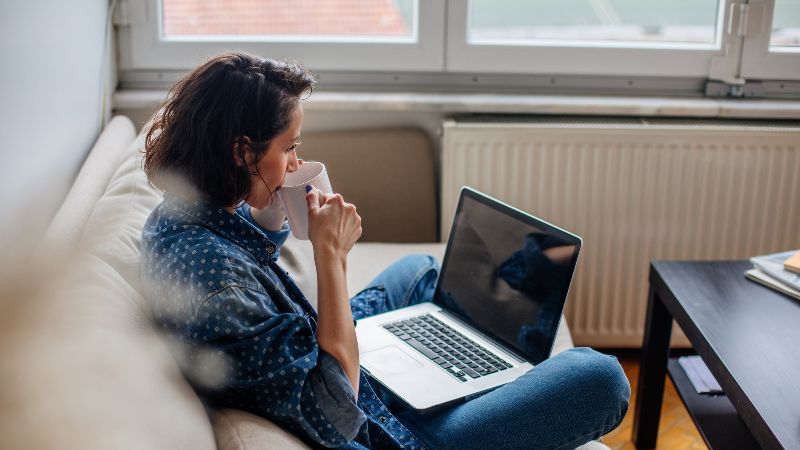 With the heat beating down throughout last month, there was a surge in sales of hot tubs as people sought to while away their lockdown days in some comfort. But many of those buying the tubs had to put their plans on ice when they found they had been scammed by buying products that never existed.

The hot tub scam is one of a number of frauds that have emerged as a result of the coronavirus pandemic. Cars and kittens have been advertised online, with buyers told they cannot see them before paying because of the lockdown restrictions, when the real reason is that they don’t exist. People working from home who find their computer needs repair have unknowingly employed fraudulent online repair sites, which have installed malware on their machines. Some who have been bereaved by coronavirus have been targeted by criminals claiming they have inheritance to pass on, only for their bank details to be taken and used for fraud.

Behind the spate of scams are gangs and individuals in the UK and abroad who cost consumers hundreds of millions of pounds every year through cyberfraud. The pandemic has given them new ways to defraud people who are already nervous because of the spread of coronavirus. This has illustrated how criminals can react and profit from changing events.

Cyberfraud has become rife across the world in recent years as criminals use information gleaned from the internet to encourage people to give away their bank details or transfer money. This happens in a variety of ways: from a threatening text message apparently from the tax man saying money is owed to an email saying you could be convicted of a crime if you don’t pay a fine.

Now those same gangs have switched their focus to a variety of frauds themed around the coronavirus.

“Criminals will use every opportunity to defraud innocent people at the end of the day and they continue to exploit every possible angle of this pandemic to do so,” says DCI Gary Robinson of the Dedicated Card and Payment Crime Unit, a specialist police unit funded by the banking industry that investigates the criminal gangs responsible for fraud.

There have been well over 2,300 victims of coronavirus-related scams with losses of more than £7m since February, according to Action Fraud. While many people are adept at spotting some of the older scams, this new wave of fraud opens up the possibility of more unsuspecting victims.

Kate Smith of pensions provider Aegon says scammers are adept at reinventing their tactics. Pensions scams are amongst the most frequent frauds as criminals attempt to convince vulnerable people to transfer their pension pots to them.

“It’s easy to think that we need to be on our guard from cold calling or phishing attempts, but mounting evidence shows scammers don’t rely on these methods alone,” she says. “They can just as easily turn their hand to creating convincing websites or another online presence, which people can inadvertently fall prey to when searching online.”

How the new scams work

Increased home working has led to a spike in fake calls from payroll departments and internet service providers asking for personal information, according to TSB Bank.

Just like the hot tub fraud, people are also being convinced to hand over money for Nintendo Switches, pedigree dogs, rental properties and cars that don’t exist. The fraudster will tell they cannot be viewed because of lockdown restrictions. The rise in staycations this summer has led to a series of caravan frauds along the same lines after the vehicles are put up for sale online.

Action Fraud says the majority of coronavirus-related scams reported to it involve online shopping for face masks, hand sanitiser and testing kits, which either never arrive or when they do, are of unusable standard.

Track and trace scams involve people being contacted to say they have been in contact with someone who has coronavirus. They are then encouraged to click a link or call a number, according to TSB and Cifas, the fraud prevention service.

Emails have been sent claiming to be from government, which state the recipient can get a free evaluation for emergency Covid-19 tax relief but if you click on the link it leads to a site set up specifically to deceive the victims and garner their personal information.

Other emails purporting to be from the World Health Organization (WHO) say the recipient should download an attachment, which allegedly contains the results of the first human Covid-19 vaccine test. Opening it can result in usernames and passwords being passed on to the fraudsters.

Last month, Mohammed Khan (20) from Camden, London, pleaded guilty to sending out a large number of fraudulent text messages linked to Covid-19. The messages claimed to be from the UK government and offeried a tax refund as a result of the pandemic. A link in the messages led to a form on a webpage imitating official government websites, with the aim of tricking customers into giving away their personal and account details.

The scale of cybercrime has ballooned in recent years, both in terms of the number of victims and the number of people taking part either as part of a gang or individually.

TSB reported that one of its customers in the north-west who has cancer was convinced by a man claiming to be a registered carer to hand over their card so he could do their shopping, only for the fraudster to withdraw money from their account. Another customer was convinced a bike for sale apparently by a self-isolating NHS worker could not be viewed but had to be paid for in advance. When they turned up to collect it, they met someone else also there to pick up the same non-existent bike.

“Because people are feeling vulnerable at this time, people are falling for it,” says Robinson. “Fraudsters think that it is faceless and that they can sit at home with their powerful smartphones and laptops or tablets and they can get away with it. But we are working hard to track down those responsible for fraud and bring them to justice.”

The Advertising Standards Authority (ASA) has launched an alert system to report online scam adverts although MoneySavingExpert’s Martin Lewis has said it is not a perfect solution to the problem. The system is responding to concerns about online ads linked to fraudulent schemes, especially around cryptocurrencies. There has been a rise in the number of fake Bitcoin investment ads, which are aimed at people worried about the possibility of recession.

The problem of pensions scams has led Canada Life to advise people to be wary of anyone offering to help access your pension savings before age 55, as it is rare to be able to do so.

HMRC will never make contact by email, phone or text about a tax refund so delete or ignore these contacts. In a similar way, the police and banks will never ask to withdraw money or transfer it to a different account nor will they ask to reveal a full banking password or pin.

Jason Costain, head of fraud prevention at NatWest, says: “Customers should try where possible to use a credit or debit card when making a purchase online, purchase from a trusted seller, follow the security advice on the website and avoid making payments directly to an unknown seller.”

This article was written by Shane Hickey from The Guardian and was legally licensed through the NewsCred publisher network. Please direct all licensing questions to legal@newscred.com.