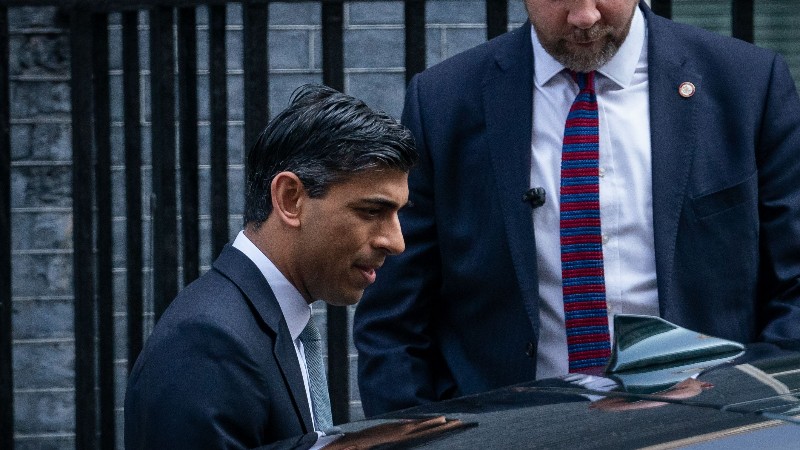 Raising the threshold at which people pay national insurance (NI) will help soften the financial blow from the new health and social care levy, experts said.

But some said measures announced in the spring statement will only be of “limited help” as households are squeezed by the living costs surge.

Nearly 30 million UK workers will have their taxes cut through the rise in the threshold at which NI is paid, while 2.2 million will be taken out of paying national insurance contributions (NIC) altogether.

This will save the typical employee more than £330 in the year from July, the Treasury said.

NI starting thresholds will rise to £12,570 from July, aligning the income tax and NI thresholds in a tax cut worth over £6 billion, according to the Treasury.

From July, 70% of workers who pay NICs will contribute less, even after accounting for the health and social care levy, the Treasury said on Wednesday.

Someone earning £14,500 a year will be £336 a year better off, according to calculations from Hargreaves Lansdown.

Helen Morrissey, senior pensions and retirement analyst at Hargreaves Lansdown, said: “The Chancellor has been steadfast in his determination to implement the health and social care levy, but his actions today have at least helped lower earners by raising the threshold at which they would have to start paying it.

“These actions will put some money back in their pockets at a time when costs are on the rise.

“However, by lifting the threshold, care must be taken that workers earning less than £12,570 per year do not lose access to vital national insurance credits for state pension.

“The state pension forms the backbone of most people’s retirement, and therefore they should ensure they do not incur gaps unnecessarily that mean they end up with less in retirement.”

This does, of course, mean the NI primary threshold is tied to the personal allowance, which the Chancellor has already fixed until at least 2025/26, so these bandings will remain static for a while yet.

The Government said the primary threshold and lower profits limit will only increase in line with CPI from the 2026/27 tax year onwards.

Shaun Moore, tax and financial planning expert at Quilter, said the benefits of the NI threshold increase “will reduce over time as wage inflation pushes people into paying more, and is reflected by the fact the Government estimate the cost to the exchequer to reduce from £6.2 billion in 2022/23 to £4.3 billion in 2025/26.

“It does also create administrative problems for employers, who will have to start the tax year with one set of assumptions for national insurance calculations, to then have to change them from July.”

The Chancellor also said the Government will cut the basic rate of income tax from 20p to 19p from 2024.

The £5 billion tax cut will be worth £175 on average for 30 million people and will be the first cut to the basic rate in 16 years, the Treasury said.

“If they can, people may want to think about putting more into their pensions over the next couple of years to make the most of the current 20% tax relief.”

Nitesh Patel, Yorkshire Building Society’s strategic economist, said: “I expect that the steps the Chancellor outlined today will offer only limited help in easing the strain now felt by most people.

“There may be more to come in the autumn budget but already struggling households can’t afford to wait until then.”

Mr Patel said research commissioned by the building society found that a quarter of people have less than £250 in savings to fall back on.

Sarah Coles, senior personal finance analyst at Hargreaves Lansdown, said: “The promise of an income tax cut in 2024 also offers some light at the end of the tunnel – but there’s an awful lot of tunnel to get through first.”

This article was written by Vicky Shaw and PA Personal Finance Correspondent from Press Association and was legally licensed through the Industry Dive Content Marketplace. Please direct all licensing questions to legal@industrydive.com.