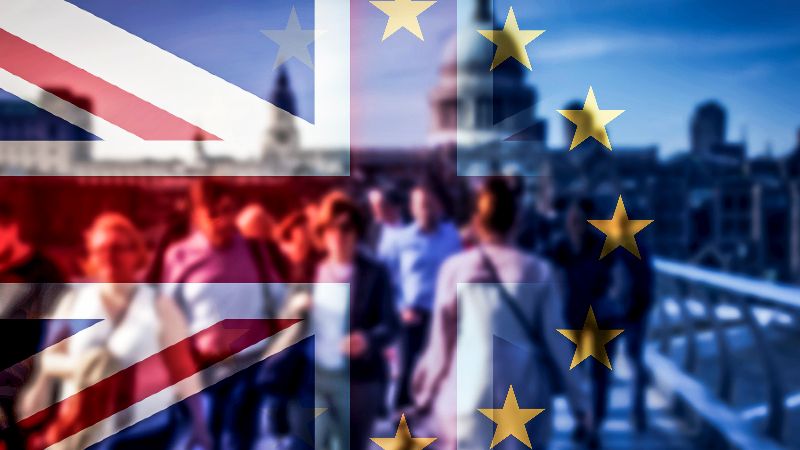 Confidence has fallen sharply among 18-34 year olds with 46% of them thinking their pension funds will fall in value as a result of Brexit – an 11% increase since 2017 (35%), suggesting ongoing uncertainty has taken its toll for this group.

The number who expect Brexit to have a positive impact remains unchanged at 4%, just 1 in 25 people.

This comes despite many people having experienced positive investment growth since the Referendum. Analysis by Aegon reveals that £50,000, around the amount of the average pension pot, invested in the FTSE 100 on 23 June 2016, the Referendum date, with dividends reinvested, would have seen a rise of 32% to more than £66,000 before charges. The FTSE 100 companies have a high proportion of earnings outside the UK and the index has benefitted from weak sterling.

“Despite the ongoing developments, controversy and daily drama around Brexit, pension saver confidence around the impact of Brexit remains almost completely unchanged compared to two years ago. Over 4 in 10 people continue to expect it to have a negative impact on the value of their pension, while only 1 in 25 expect it to impact positively. The remainder are unsure or expect no impact.

“Defined contribution pensions invest in a range of stocks and shares, some within the UK and others from a wider geographical spread. Political and economic uncertainty, such as we’re seeing as a result of Brexit, tends to be bad news for stockmarkets. However, those invested in the FTSE 100 have actually seen strong growth, which many put down to the majority of companies in this index generating most of their earnings overseas, with the value of those to UK investors having been boosted because of a weaker sterling.

“While we have seen a fair amount of investment market volatility since the Referendum, this doesn’t have any immediate effect on pension savers who are not yet taking an income. If your planned retirement is still many years away, the best course of action is generally to keep saving. If you are about to start taking an income, we recommend seeking professional advice on the best approach to investing.”

The Aegon Retirement Confidence Survey is a bi-annual tracker study that assesses confidence to retire comfortably among a nationally representative sample of UK residents that are not yet retired. The 830 respondents who took part in this study were recruited through Aegon’s customer and consumer panels. Fieldwork was undertaken in July 2019.

* Source: Financial Express, produced by Aegon. Figures in £s on a bid-to-bid basis based on an initial investment of £50,000 in the FTSE 100 TR GBP on 23 June 2016, with dividends reinvested, to 16 September 2019, excluding investment charges.