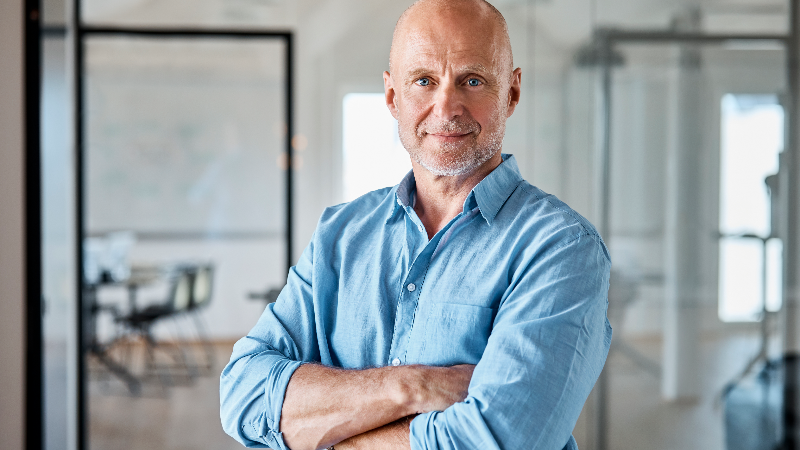 An ageing population is drastically altering the economic landscape of the UK, the latest figures from the Office for National Statistics (ONS) have indicated.

There has also been a 29 percentage point increase in the number of working women aged 60 to 64, the data also showed. As a result, the ONS has suggested the old age dependency ratio - the traditional measure of the population age structure - is ‘outdated', as more people work up to and beyond the state pension age.

"It [the ONS] does take into account that the cliff edge of retirement is now more of a gentle incline with people phasing out of work," said Quilter head of retirement policy Jon Greer.

"The ONS proposes starting to use an 'active dependency ratio' (ADR), which takes into account the size of the economically inactive population. There are a number of issues with the ADR which the ONS themselves highlight. Including that while people may be economically active they may not be economically independent and so still may be in receipt of the state pension or other benefits. Still a better measure would be welcome."

Greer argued that people working longer is not decreasing the strain on the state's finances. ONS research shows"how painful this is going to be," he added.  The amount needed to fund the state pension as £9bn in 2017, said Greer - 5.1% of GDP, and expected to rise 6.1% of GDP by 2042.

"The ONS are not sitting on the fence when it comes to moving the timetable forward to raise the state pension. They staunchly point out that by raising the state pension age to 68 in 2039, seven years earlier than currently projected, there would be 23 fewer pensioners for every 1,000 people of working age.

"With the government continually hinting that it needs to shift its position as a nanny state people need to ensure they are making enough provision for themselves. Reliance on the state is not a safe bet."

For his part, Aegon pensions director Steven Cameron said it was"long overdue that the ONS should redefine the 'dependency ratio'".

"An ageing population pushes out the age people are choosing to retire," he said."The pension freedoms and changing attitudes towards work have enabled individuals to adopt a more transitional approach to retirement. More and more people are staying in work longer and gradually reducing their hours. Those who keep working are also contributing to the country's economy. Indeed many who have stopped working also contribute by providing unpaid care to family members."

The ONS findings have arrived just days after a retirement survey by Aegon, which showed that the delayed social care green paper is causing uncertainty around retirement planning due to strong emotional attachments that people in the UK have to their property.

The survey of 14,400 workers and 1600 retired people globally found that three quarters (74%) of UK respondents said it was very important that they remain in their own home - compared to 58% people in the Holland and 43% in Japan.

As the ONS figures suggest, the ageing population is redefining the way people work into retirement, however it is expected that increasing numbers will need social care in later life also as a result. The Aegon survey found that 40% of people in the UK see losing their independence as a retirement concern, while a third (29%) said they were concerned about needing to move into a nursing home in retirement.

According to The Lancet, it is predicted that 2.8 million people over the age of 65 will require nursing and social care by 2025, while Aegon's survey revealed that 33% of people in the UK envisage having bathroom modifications in their home as they get old, followed by home security systems and panic buttons to call emergency services (both 27%).

"Increased longevity is a point of celebration, but a consequence of living longer is that people need to have adequate funds to support their longer lives and with increasing numbers facing the need for social care, plans need to be put in place to fund it," said Cameron.

"Aegon's research clearly shows people's attitudes towards home ownership and the importance of independence. The funding of social care is an emotive subject, but there's a very audible message that people want to remain in their home, rather than having to sell it as a means for paying for residential social care. This needs to be factored into the government's solution for stable and sustainable social care funding.

"Individuals need to have a clear understanding of what they'll be expected to pay should they need care and there needs to be an overall limit or ‘cap' on their share of care costs. We need to ensure that incentives are in place for people to plan ahead for an event which could be 20 or more years into the future."

"It's a problem for those of whom the prospect of needing later life care is right around the corner and those starting to accumulate wealth," she explained."Arguably more for the former than the latter as they have minimal time to find hundreds of thousands of pounds.

"The government desperately need to deliver the social care green paper. This paper is something of a mythical creature as it has constantly been promised and never appeared. We can't forget that it's just the first stage in a long process towards shifting policy and finding a solution. There will need to be a consultation and a white paper and that's all before we actually implement a timeframe to have a new system up and running."

He said this is being worsened by growing levels of personal debt, which are now back at 2008 levels, plus increasing mortgage borrowing terms with home loan repayment periods not only going beyond the new increased state retirement age, but beyond 70.

"These increasing personal debt levels and longer mortgage borrowing terms are being seen more frequently in generation X and millennials," he said."These generations lack the ‘jobs for life' environment and final salary pension scheme benefits plus savings levels of the baby boomer generation that preceded them, plus they are also experiencing the most radical reforms to working age welfare benefits seen in over 70 years - this in turn increasing generation X and millennials reliance on being able to work and earn, plus the need to be more resilient to income shocks throughout their working lives."

Timpson argued that all of the above, plus the fact that the younger generations are leaving it later to take out mortgages, have children and retire, means that the protection industry needs to rethink the"traditional hierachy of need model".

He added:"The fact that older proposers often carry greater health history requires us to put a greater priority on addressing and reviewing financial resilience and protection needs; and signposting to and working collaboratively with financial protection specialists."

This article was written by Adam Saville for Professional Adviser and was legally licensed through the NewsCred publisher network. Please direct all licensing questions to legal@newscred.com.