National Insurance Tax Rise Explained: How Will You Be Affected? 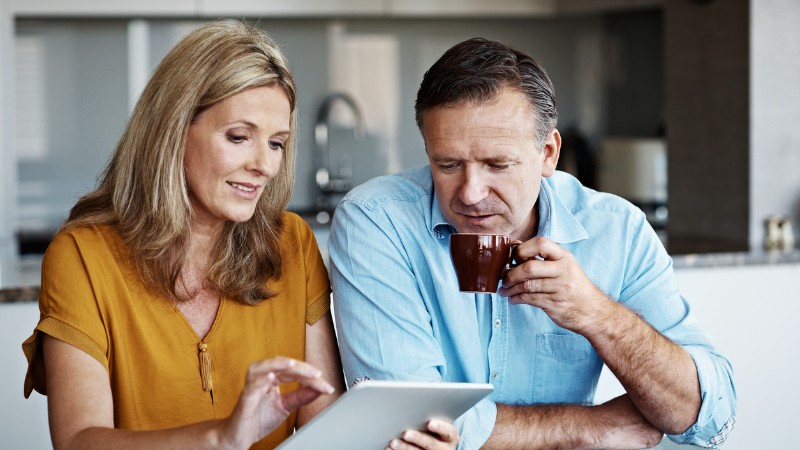 With the Spring Statement just announced last week, are you wondering how the NI rise will impact you? Read Ned Simons' piece from Huffington Post to know more.

As of Wednesday April 6 - today - National Insurance contributions for workers increased by 1.25 percentage points from 12 per cent to 13.25 per cent.

Today’s tax rise - called the health and social care levy - breaks a Conservative Party manifesto promise. But Boris Johnson has defended it as “necessary, fair and responsible” in the wake of the Covid pandemic.

What is it for?

National Insurance contributions are paid by employees and the self-employed on their earnings. Employers also pay it on the earnings of their workers.

The government has said the tax hike should raise £39bn over the next three years.

Ministers have said the extra cash is needed to firstly reduce the Covid-induced NHS backlog and then in the long-term help pay for adult social care.

How much will people pay?

At the moment National Insurance is paid on earnings above £9,880 a year. From July 6, this threshold will be increased to £12,570, meaning anyone earning less than that will not pay any NI at all.

According to the Institute of Fiscal Studies (IFS), people earning more than £35,000 will see an increase in their overall bill. 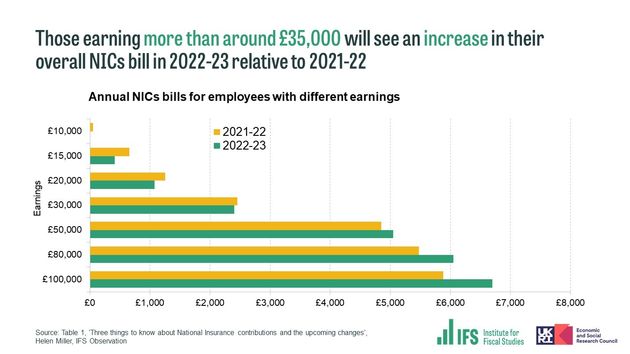 How long will the tax rise last?

From April 2023 onwards, the national insurance rate will decrease back to the 2021-22 level.

But that does not mean the amount of tax people pay will go down, as the higher rate will be replaced with a special new 1.25 per cent health and social care levy.

This new tax was created to fund healthcare and adult social care. Chancellor Rishi Sunak has said it is needed to “fix our social care system and slash NHS waiting times”.

How will social care be funded?

Under the current system, those with assets of more than £23,250 pay their care costs in full.

But under a reformed system from October 2023, anyone with assets under £20,000 will have their care costs fully covered by the state, DHSC said.

The cost of care will then be capped at £86,000, with the point at which people meet the full cost of their care rising from £23,350 to £100,000, nearly four times higher than the current system, according to health officials.

The government argues the levy is progressive, with the highest 15 per cent of earners paying more than half the revenues.

This article was written by Ned Simons from Huffington Post and was legally licensed through the Industry Dive Content Marketplace. Please direct all licensing questions to legal@industrydive.com.