Music can boost your productivity - working from home 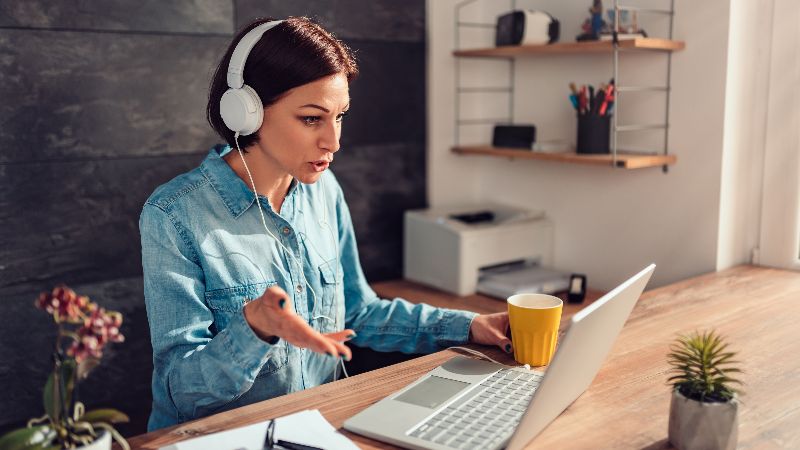 If you’re attempting to work from home, a conundrum has probably presented itself: how can you get anything done in a distracting environment amid unsettled times?

Your streaming service or record collection may hold the answer. Beyond providing background noise, music has been shown to improve both productivity and cognitive performance, especially in adults. Listening to music can help people manage anxiety, become motivated and stay productive. You just need to know how to make the right playlist.

Kick off the day with a trick from music therapy. The concept is known as the iso principle, which is a technique therapists use to alter the mood of a patient. The therapist will match music to how the patient is feeling, and then gradually alter the songs to achieve the desired mood state.

The songs at the beginning of the playlist shouldn’t force you into a state of productivity, but they should gradually bring you there. While song choice will vary by person, Kirsten Nelson, a music therapist at the University of Iowa Stead family children’s hospital, suggests tracks like Here Comes the Sun by the Beatles and Ooh Child, by the Five Stairsteps as places to start.

“If you’re feeling really down in the morning, then find something peaceful to start with,” Nelson says. “From there, you can bring yourself into a more motivating song to achieve the state you want.”

Transition into a ‘power song’

Researchers have found that a faster track speed can result in increased performance. In one study that examined the relationship between music tempo and productivity, most test subjects performed best while listening to songs paced at around 121bpm. This is about as fast as tracks like Carly Rae Jepsen’s Call Me Maybe, Whitney Houston’s I Wanna Dance with Somebody, and I Will Survive, by Diana Ross.

Nelson refers to this phenomenon as finding the “power song”, which can used to motivate the listener to be productive. “I think that music can activate people in a way that other things cannot,” she says. “If we’re looking to get into a place where we might have some more energy and motivation, a power song can be very helpful.” Nelson says that adding power songs at strategic points in a work playlist, such as right when the day starts, while transitioning between tasks, and as the day ends, can help maintain motivation.

Nelson says that the choice to include lyrical tracks in a playlist should depend on individual preference. While research suggests that listening to upbeat, complex music can help workers stay alert and motivated while performing repetitive tasks, narrative lyrics can be distracting to those trying to do cognitive work. The bulk of a work playlist should include songs with innocuous or subtlely performed lyrics, such as those by artists like Grouper, Brian Eno and Jenny Hval. For those who prefer non-lyrical music, music by Dawn of Midi, Steve Reich and John Adams are great places to start.

And, while lyrics can be a powerful motivator, don’t automatically reach for your favorite tracks. One study found a decrease in performance while listening to songs characterized as “familiar vocal music”. The research suggests that, while it is important to listen to enjoyable music, songs that are very familiar can be distracting.

Be flexible with yourself

Creating a work-from-home playlist should never feel like a chore. Rather, it can be something that accretes over time. “If you hear a song and know that it makes you feel good, pop it into a playlist,” says Nelson. As the playlist grows, arrange tracks in the order that makes sense for the way you work. “Allow yourself permission to listen to new music, try out new things, take things out, bring things in,” Nelson says. “Allow yourself that flexibility.” If you don’t feel like listening to your playlist, you don’t have to.

This article was written by Cass Balzer from The Guardian and was legally licensed through the NewsCred publisher network. Please direct all licensing questions to legal@newscred.com.