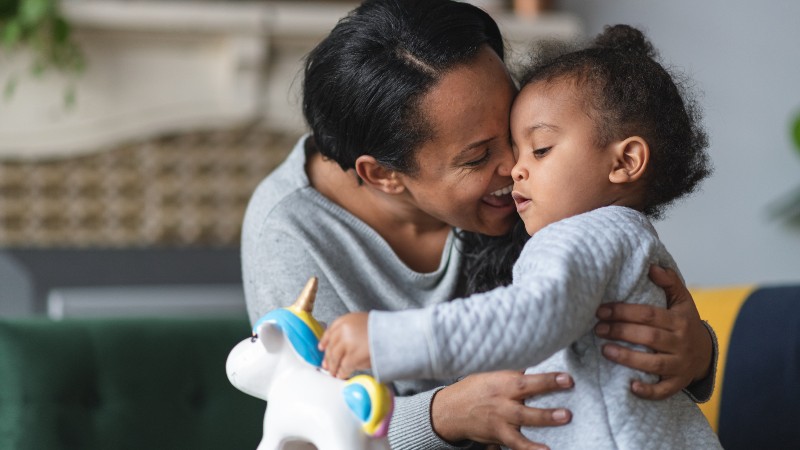 In follow up to Pension Awareness Week, Aegon wanted to highlight the challenge that many women face by showing the effects of common choices women have to make juggling work and childcare.

Analysis from pensions and investment company Aegon shows that a woman who has two children in her early thirties, takes a full two years of maternity leave and returns to work after the first child part time, could miss out on between £20,000 and £50,000 in retirement savings*.

The analysis demonstrates in simple terms the long-term effects of taking two years maternity leave and returning to work part time (three days a week) after the birth of the first child. It shows that for someone who started their career earning £20,000 and who was earning around £24,000 at the point their first child is born, they could end up missing out on between £20,000 and £50,000 by the time they reach state pension age, depending on how many years they work part-time.

The figures show the importance of planning ahead for parenthood and considering pension planning, not only as an individual but also as a couple so as not to find mum has a retirement savings shortfall once the children have left the nest. The issues would be just as real for the other parent if they were the primary carer and changed work patterns as above.

“Ante-natal classes are the tip of the iceberg when preparing for motherhood. There’s no denying that for both women and men, parenthood is life changing. But for women most commonly, it can create a gap in their retirement savings, and it’s not just the period of maternity leave.

“Many women tend to reduce their hours when returning to work due to parental responsibilities or due to the cost of childcare. This might be until school age or maybe until secondary school age depending on individual circumstances, which means a negative impact on retirement savings for a period of more than ten years. This could be even more if there is more than one child in the family. Based on our example, a mother who never returns to full time work faces an even greater retirement shortfall of around £50,000.

“Shared parental leave can be a help to some families as mum gets to return to work sooner and the other parent can step in. But one of the challenges around juggling work and the cost of childcare is really where the cost of being a parent impacts on pension savings.

“Women planning to take maternity leave and reduce their working hours should be prepared to make up for the breaks in their retirement savings in any way they can. Even better, they should plan ahead and start saving as much as they can before having children, to minimise the impact of pension savings gaps later on in life.

“On top of caring for children, families facing the additional responsibility of caring for elderly parents, also tends to lead to a reduction in working hours or stopping work prematurely and again this responsibility tends fall to the female. This creates yet another hole in a woman’s retirement savings plan. To plan for the unexpected, young women need to look to the future and have all scenarios factored into their savings plans when saving into their pension.

“While auto-enrolment has helped lots of people in the UK to start saving for retirement, women are being let down by the current auto-enrolment criteria. Women, who are more likely to be lower earners and work part time, are missing out on the benefits of retirement saving as they are less likely to meet the earnings eligibility criteria for auto-enrolment. And those who are self-employed, risk being in a similar position without access to auto-enrolment.

“Auto-enrolment needs to be more inclusive to include lower earners, who are disproportionately female. A solution needs to be found for individuals with multiple jobs, each below £10,000 allowing them to benefit automatically from an employer contribution. This will help to close the gender pension gap.”

“Another life event that can often put women behind on retirement savings is divorce. Pensions can often be overlooked when dividing assets and women are the ones who tend to lose out. The impact of divorce on retirement plans can be particularly difficult for women who typically build up lower pension pots than men, partly due to career breaks and lower average salaries. The value of a pension should not be missed and it’s important women keep track of pensions built up within a marriage so they can be taken into account should a marriage break up.

“Those divorcing in their late fifties should be extra vigilant as some more sneaky partners may take advantage of pension freedoms at age 55 and spend a good chunk of the pension pot before the divorce settlement.”

Tips to help you start planning your retirement

Set out your retirement goals and make a plan. Then regularly review how your pension is doing and adjust your contributions and investment choices when necessary to keep yourself on track to retire at age 58.

2. Save what you can, no matter how little. Maximise your pension contributions.

You must start somewhere. A little now will make the difference later.

Your plan won’t be accurate if you don’t have all the correct information. Make sure you are on track to getting your full State pension before it’s too late to do anything about it.

Although underpinned by statutory rules, your specific terms and conditions for maternity leave and pay will depend on your employer. But in general, you can take up to 52 weeks of Statutory Maternity Leave and, subject to eligibility, will receive Statutory Maternity Pay (SMP) for up to the first 39 weeks from your employer. As a minimum, through SMP, you’ll get 90% of your average weekly earnings (before tax) for the first six weeks, and £151.20 or 90% of your average weekly earnings (whichever is lower) for the next 33 weeks.

Your employer may pay more than the SMP minimum amount, so you should check your employment contract to understand your own situation. If you decide to take the full 52 weeks of leave, the last 13 weeks may be unpaid.

If you're not eligible for SMP you may qualify for Maternity Allowance. You can find details of this at -  https://www.gov.uk/maternity-allowance/eligibility

You may be able to take some of your leave as Shared Paternal Leave with a partner.

During OML, you’re entitled to continue as a member of your employer’s pension scheme and your employer is required to make contributions as if you were working normally and receiving normal pay, including any pay rises due during the period of leave. Any contributions you make personally are based on the actual pay you receive, which may just be SMP.

During any unpaid AML, there is no statutory requirement for pension contributions to continue to be paid by either you or your employer.

As your pension contributions are being made via salary sacrifice, which means your employer is effectively paying these, the situation is slightly different, and I’ve covered this below.

Salary sacrifice is an agreement between an employer and employee to reduce an employee’s cash pay, usually in return for a non-cash benefit, such as pension contributions.