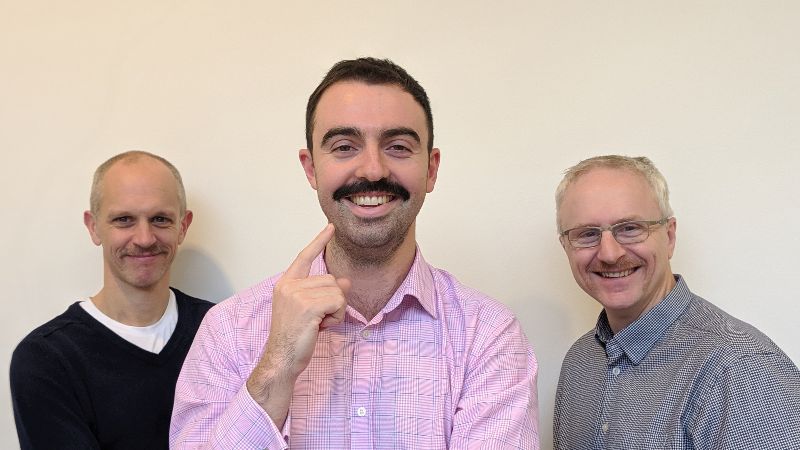 PHOTO CAPTION: Some Aegon employees have embraced the festivities of Movember to raise money for charity.

To mark the end of the annual Movember men’s health campaign, Aegon UK takes a look at 2018 protection claims statistics among men.

Cancer as a whole accounted for 51% of all male critical illness claims Aegon received in 2018. Prostate cancer was by far the most common, accounting for 31% of these cancer claims followed by cancer of the bowel, colon and rectum which accounted for 10% of CI claims.

Heart attack accounted for 19% of all male CI claims almost the same as the previous year.

“Men are taking a greater interest in their health and wellbeing. Who can grow the most impressive facial hair, might have been the aim for many men this month to raise money for charity but ultimately it’s the national growth in awareness as a result of campaigns such as Movember that can really help save lives.

“More men are addressing serious health concerns early enough to be able to treat them providing a better outcome, which is fantastic.

“Early detection and better treatment for cancer means that survival rates after a diagnosis are improving. This further emphasises the importance of critical illness cover.”

The number of critical illness claims for cancer of the bowel, colon and rectum have doubled since 2017.

Jacobs continued: “This could be due to more people taking part in the bowel cancer screening programme, being able to detect the condition earlier.

Another possible indication of earlier detection among men was the fall in age of the youngest male CI cancer claimant from 31 years old claim for stomach cancer in 2017 to 27 years old in 2018 for testicular cancer.

“Health awareness campaigns are really taking effect and giving people the information and confidence they need to identify and address men’s health issues.”

Some other key observations among male claimants:

Aegon has a range of factsheets to help both customers and advisers understand more about prostate and testicular cancer, highlighting the specific underwriting considerations for these illnesses: