May wants parliament to rule out no-deal Brexit 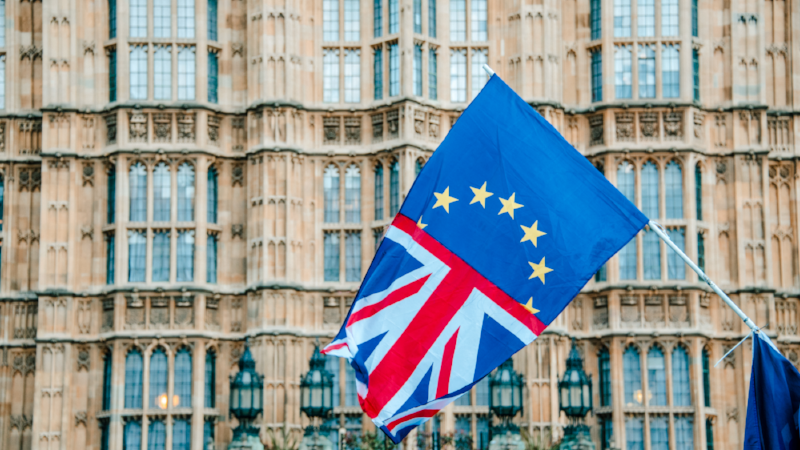 A senior Labour MP leading a backbench effort to rule out a no-deal Brexit has argued that much of the government, including Theresa May, privately want this to happen, and are relying on parliament to take action.

At the start of a political week in which the prime minister is likely to rule out any cross-party efforts to push ahead with a variation of her rejected Brexit plan, Yvette Cooper said it was time for MPs to act.

Cooper, who chairs the home affairs select committee, is to table an amendment to a government motion on Monday which would seek to extend article 50 if a no-deal departure on 29 March was looking likely. The move is also the brainchild of the former Tory minister Nick Boles, and has backing from other senior Tories Sir Oliver Letwin and Nicky Morgan.

Another backbench proposal from the former attorney general Dominic Grieve could lead to indicative votes being held in the Commons to scope out a consensus, or to the prioritising of proposals from a minority of 300 MPs from at least five parties.

The junior business minister Richard Harrington urged May to rule out a no-deal Brexit, saying it would be an “absolute disaster” for the UK.

May held a conference call with her cabinet on Sunday evening and will make a statement to the Commons on Monday in which she is likely to announce that she will seek fresh concessions from Brussels before putting her plan to MPs again.

Cooper conceded that the idea of backbenchers trying to exert their power was “uncharted territory”, but said her planned amendment was limited in scope.

It would decree that if no agreement had passed parliament by the end of February, the government would have to bring forward a binding motion seeking an extension of article 50 “so that we don’t go crashing over the cliff edge”, she said.

Blaming May for consistently avoiding cross-party talks on Brexit since losing her majority in the 2017 election, Cooper said she believed much of the government wanted the extension option but could not seek it for political reasons.

“My sense is that there are government ministers, including cabinet ministers, and I suspect even the prime minister herself, who want parliament to do this,” she told BBC Radio 4’s Today programme.

“She knows that she should rule out no deal in the national interest, because it would be so damaging. She’s refusing to do so, and I think she is hoping that parliament will do this for her. That is not leadership.”

Cooper said she believed the EU would extend article 50 if asked: “I think they would take very seriously something that has come from parliament in this way. This would not be simply the prime minister just prevaricating and going round in circles.”

Speaking earlier on the programme, Harrington refused to rule out backing a proposal such as Cooper’s. “I don’t know what the bill will be, or the mechanism. But all will change in the next couple of days.”

Harrington, who has pledged to resign if May pushes for a no-deal Brexit, said the option would be “an absolute disaster for the country, and it’s supported by a minority of a minority of people”.

He said: “She should in my view say: ‘We are responsible people, we are going to do our duty to Britons and we’re going to rule out no deal.’”

Asked why a no-deal Brexit concerned him, Harrington said: “I’m afraid of Jaguar closing, Mini closing, the life sciences industry closing, and all the other things, because we’ve had no agreement that represents the way these businesses are integrated. It’s irresponsibility and we’ve got to stop it.

“I’m not prepared to sell people down the river for other people’s dogma.”

Stephen Laws, formerly the head government legislation lawyer, told Today he was concerned that backbench plans to control the Brexit process could cause a constitutional crisis.

Arguing that parliamentary rules “give a clear veto to the government” over any bills involving significant spending, Laws said that if MPs forced through a measure, May could ask the Queen to decline royal assent.

“I don’t think it’s a fanciful speculation, because if the rules aren’t applied as they should be, that’s what will happen,” he said.

This article was written by Peter Walker Political correspondent from The Guardian and was legally licensed through the NewsCred publisher network. Please direct all licensing questions to legal@newscred.com.