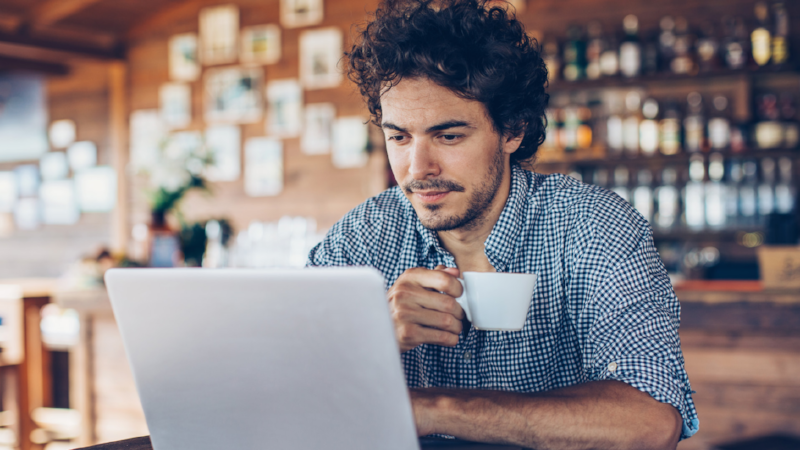 It’s a staple of Britain’s retirement landscape, the one thing that most people believe they can rely on to keep them out of poverty when they get older.

However, the reality for many people is very different to what they expect, and a number of myths have become commonplace about what the State Pension will give you. So, here we go through some of the common mistakes people make about it.

1. ‘I need to have worked all my life to get the State Pension’

Well, yes and no. As if the system wasn’t already complicated enough, there are currently two versions running side-by-side. The version that existed before 6 April 2016 and the one that started from that date. Which one you qualify for depends on when you reach your State Pension age. We’ll split these into two sections to explain.

Any state pension you’ll get will be under the old rules – which included a basic and an additional one. The additional one was earnings related and available to employed people only, not the self-employed.

The minimum qualifying period for the basic State Pension, was more complicated than the new system and it changed over time. In fact, from 6 April 2010 there was no minimum number of qualifying years required. So if you’re being paid your State Pension under the old system, it would be worth checking that you’re receiving everything you’re entitled to.

The full basic State Pension is currently £129.20 per week (in tax year 2019/20), and you needed to have paid 30 qualifying years of NI contributions or NI credits to receive the full amount. Older NI contributions and NI credits do cross over to the new system.

You might be able to claim the new State Pension but you must normally have paid or received credits for National Insurance (NI) contributions for at least 10 qualifying years (not necessarily consecutive). To get the full amount, which is currently £168.60 per week (in tax year 2019/20) you need to have built up 35 qualifying years through NI contributions or NI credits.

Your employer will have deducted these NI contributions from your pay and paid them for you, or you may have paid them as part of your Self-Assessment tax return.

You can find out more about the two systems from the government website.

You could get NI credits towards your State Pension if you’ve been unable to work because of illness or disability, have spent time looking after children, cared for a family member or have been unemployed – there are a number of scenarios that could count. These NI credits haven’t always been applied correctly, so it’s best to check they’ve been added to your record if you think they apply to you.

2. ‘The State Pension alone is enough for me to live on in retirement’

If you think you can live on the current full new State Pension of £168.60 per week (remember those people who reached State Pension age before 6 April 2016 and are eligible for the basic one won’t be receiving this much), without any other source of income, then you’re probably more frugal than most.

Both the basic and new State Pensions increase each year under the government’s ‘triple lock’ approach by the value of  inflation (measured by the Consumer Price Index (CPI)), average wage growth or by 2.5% a year, whichever is greatest. The Additional State Pension, paid under the old system, increases in line with the CPI alone, and it doesn’t have the triple lock applied.

As we touched on earlier, under the new system, if you don’t have 35 qualifying years of NI contributions or NI credits, then you’ll get even less than the full amount of £8,767.20 per year.

Yes, your expenses in retirement may be lower if you’re happy to live a quiet life with little in the way of travel or entertainment. But for those with more of a wanderlust, you’ll need considerably more than this to live on.

One way to achieve this is by saving for your retirement in a pension plan through your employer or privately. A financial adviser will be able to tell you the best way to approach this, though there may be a charge for this advice.

3. ‘I can have my State Pension paid to me early if I retire early’

No, sorry this isn’t correct. You don’t have to stop working to receive it, but you do need to reach your State Pension age. Even if you start taking your private pension early (usually no earlier than age 55), you’ll still have to wait until this point before you can claim yours, whether that’s under the old or new system. It’s also worth noting that the government intends to review the entitlement age on a regular basis.

What you can do is delay taking your State Pension if you can afford to, which will increase the amount you’ll receive.

New system: it’ll go up by the equivalent of 1% for every nine weeks you defer taking it. This works out at just under 5.8% for every full year that you delay.

Old system: your pension will increase every week you delay taking it, as long as you defer for at least five weeks. It increases by the equivalent of 1% for every five weeks you delay, which works out as 0.2% per week and 10.4% per year. If you do choose to hold off, you can take either a lump sum or a higher weekly pension amount if you deferred for at least a year.

However, this can get complicated, so we recommend you visit the government website for more information about delaying your State Pension.

Well, that will depend on how much your total taxable income from all sources is. The State Pension is actually a taxable benefit, like a salary or a private pension, but income tax is never deducted directly from it.

You’ll need to find out whether you should be paying tax on that income by checking your total taxable income from all sources and determining whether you’re over the personal allowance. The standard personal allowance for the 2019/20 tax year is £12,500, but this might differ in certain circumstances. It can be less than this amount if your income is over £100,000. The best way to check yours is to speak to HM Revenue & Customs (HMRC) for clarification.

This information is based on our understanding of current taxation law and HMRC practice, which may change.

5. ‘If I move abroad, I’ll continue to get my State Pension’

Yes, you will, but depending on the country you move to, it might not increase each year. You’ll only see an annual increase if you live in:

For all other countries, you won’t see it rise – it’ll be frozen at the level it was when you left the UK. This also means that it will become less valuable in real terms year-by-year.

This issue will affect around 550,000 expat pensioners according to the All-Party Parliamentary Group (APPG) on Frozen Pensions. While this is seen as unfair, successive governments have not been moved to change the rules, with efforts still ongoing to try to amend this.

So, if you want to retire abroad and you’re likely to head to one of the countries where your State Pension won’t increase, you’ll need to consider that when you’re doing your cost-of-living calculations.

If you’re looking for a financial adviser go to unbiased.co.uk to find one in your area.