Could Artifical Intelligence sort out Brexit? 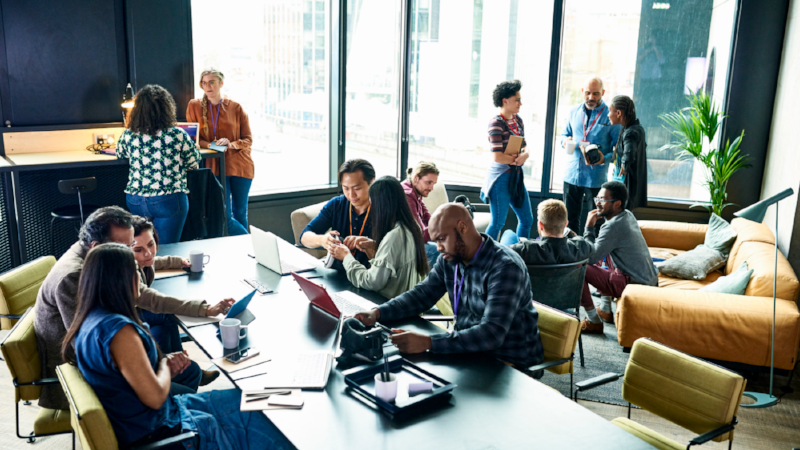 Technology changes people’s lives more than politics does. If that sounds a bit sweeping in this week of Brexit drama, consider this. Go back ten years and we were heading into a huge global recession, one brought about by the failure of politicians and central bankers to regulate the financial services industry.

But while some scars are still evident, for most people in Britain and the rest of the developed world, life is pretty much as before. Pay is up a bit, jobs are more plentiful, and our daily routine is our daily routine.

The thing that has really changed our lives has been the smartphone. In 2007, just a few months before Northern Rock crashed, Steve Jobs launched the iPhone, with these words: ‘Every once in a while, a revolutionary product comes along that changes everything.’

If you don’t believe Mr Jobs, try asking a young relative to pop their smartphone into a bottom drawer for 24 hours and see how they react.

Right now you are not really allowed to say this, but I think in ten years’ time we will regard this whole Brexit shemozzle in much the same way as the financial crash: dramatic at the time but just one more upheaval among many. We will still be trading with Europe whatever happens but we will be trading less than we do today.

What then will be the equivalent of the iPhone now? I suggest it is not a product but the group of technologies we call Artificial Intelligence. Politicians are starting to appreciate this. When Angela Merkel goes to Davos this week (unlike Donald Trump who has pulled out) one of the meetings she is having is about AI.

So how might AI change things? The problem is that we can see the general pattern but not the specific instances. In 2007, we could not envisage chatting to our children on WhatsApp (founded in 2009), or weaving our way through the traffic with Waze (founded in 2008). But we could imagine technologies that brought family members together online, or gave live updates to the rather clunky satnavs that we had then.

Apply that to AI. What it is good at is picking patterns from huge amounts of data. Some things it can already do better than humans, for example medical diagnostics. It can scan for eye diseases more swiftly and more accurately, and it may be better at picking up diabetes and lung and heart conditions. But what we cannot know ahead of time is which applications will be winners and which will disappoint.

The general point here is that AI will reduce repetitive white-collar work. By doing so it will improve the quality and cut the cost of services, rather in the way that mass production improved quality and cut the cost of goods. One effect, however, will be that large swathes of jobs will disappear, as they did in manufacturing. The challenge will be to help and teach people to adapt. We have to encourage the entrepreneurs who will replace the lost jobs and enhance people’s skills to fit the new ones. Here’s the worry: if politicians struggle to reach a commonsense outcome to Brexit, how on earth will they cope with the much bigger transformation brought about by technology?

There can be little objection to people being paid well for exceptional work, be it creating a giant company or winning a grand slam tennis match. But as we demonstrate on pages 95-97, for a variety of reasons corporate pay has become disconnected with reality. Too often huge rewards are paid (and approved by other highly paid people on the board) for mediocre performance, or pure luck. One way or another society must stop this.

What we have lost is the sense that people do things because they are the right things to do. As it happens, this week an American financier, who exemplified trying to do the right thing, died aged 89. His name was John Bogle and he pioneered index unit trusts. Unlike so many of his peers, he did not become mega-rich because he believed in very low fees. The money should stay with the savers.

My question to chief executives is this: would you rather be reasonably wealthy and renowned for trying to help others build wealth for themselves? Or even wealthier but be remembered for your avarice?

This article was written by Hamish Mcrae from Financial Mail on Sunday (Daily Mail) and was legally licensed through the NewsCred publisher network. Please direct all licensing questions to legal@newscred.com.