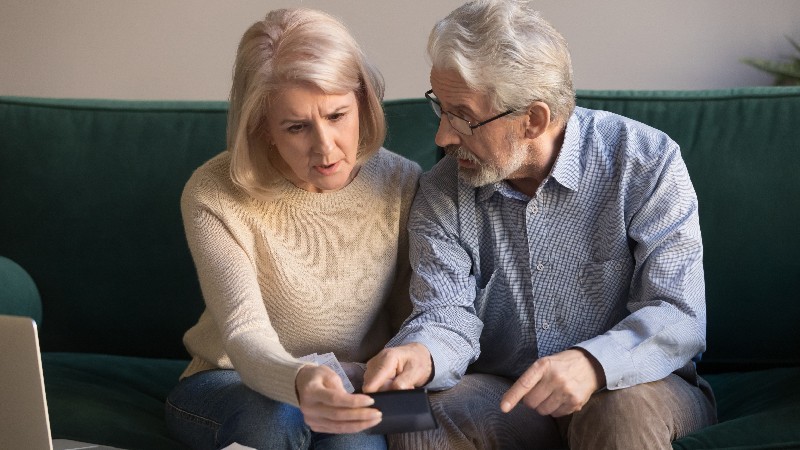 Aegon said almost two-thirds (64%) of those surveyed said they are concerned about the impact that an increase in inflation will have on their personal finances, with this figure rising to 70% among Generation X, those aged between 43 and 56.

Rising home energy prices topped the list of worries, with 80% of those aged over 76 citing this as a top concern.

A high number also expressed apprehension around the impact on their ability to plan ahead financially, with 37% saying they were concerned about their ability to save as much money and 36% fearing a decline in the purchasing power of cash savings.

He said:"At what is already a penny-pinching time for households the length of the country, our research shows that a high proportion are concerned about the immediate impact of inflation levels not seen for a decade on the affordability of everyday living, from hikes in gas and electricity costs to the price of essential items such as clothes and food.

"Undoubtedly, those on a fixed income face a tricky time ahead, and these include pensioners who will be significantly impacted with a sizeable gap between the current 5.1% inflation level and the much lower 3.2% used to calculate next year's state pension increase."

Cameron added:"A high proportion of those we surveyed said that they were concerned about not being able to save as much as a result of rising inflation as well as the purchasing power of cash savings decreasing. Those holding large amounts in cash savings are particularly at risk from high inflation. Despite the Bank of England raising interest rates in December to 0.25%, any of this increase passed on to savers is likely to outweighed by inflation decreasing purchasing power."

This article was written by Jonathan Stapleton from Professional Adviser and was legally licensed through the Industry Dive publisher network. Please direct all licensing questions to legal@industrydive.com.