Bank of Mum and Dad raid kids' savings during Covid 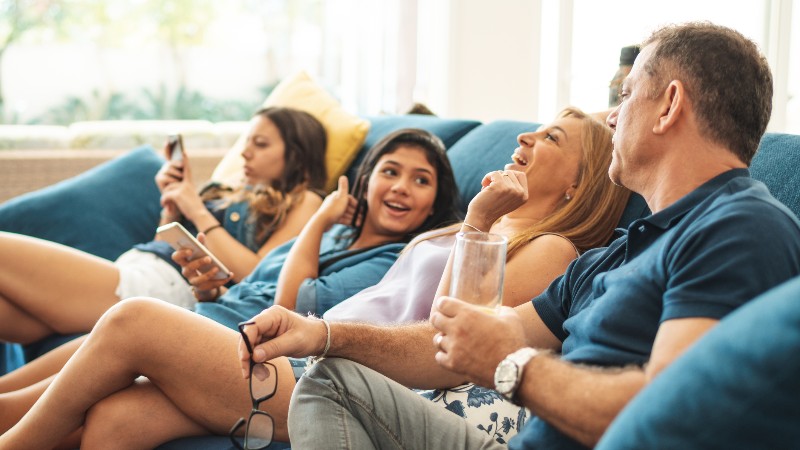 Nearly a quarter of parents have had to rely on their children's savings since lockdown began, research from Direct Line Life Insurance has suggested.

Since 23 March, the estimated total sits at £2.75bn, the study involving 2,000 UK adults and carried out between 28 August and 1 September suggested.

According to a report by the London School of Economics (LSE), the Bank of Mum & Dad is one of the UK's largest lenders, but the research shows reduced salaries and unexpected unemployment is leading parents to turn to the Bank of Son & Daughter for a bail out.

Why writing to MPs won't fix the FSCS levy - but writing to the Treasury Select Committee just might
On average, each family has needed around £700 from their child's savings account, which equates to a total sum across the UK of nearly £17m for every day of lockdown.

This trend appears to be set to continue, with families predicting that they will need to withdraw £862 from their children's safety net - the equivalent of £3.4bn - to stay afloat.

Day-to-day living costs are the driver behind parents needing to access their child's savings, according to the research, with nearly a third (29%) doing so to pay for food costs and similar number using the money for utility bills (27%) and to help cover childcare (27%). One in eight (12%) have struggled to pay their mortgage or rent or keep up with debt repayments during lockdown and have needed help covering these costs.

Meanwhile, more than a quarter (27%) of parents have had to stop regularly setting aside money for their children since the beginning of lockdown, some 9.3 million people.

On average, parents set aside around £130 a month for their kids and 39% said the money was for them to spend as they wish. However, others are saving for something specific, such as a property deposit (27%) to help cover university fees (24%), or to buy their first car (16%).

Worryingly, more than a fifth (22%) of parents do not believe they will be in a position to replenish lost savings in the future, suggesting that the Bank of Son & Daughter is set to lose an estimated £960m between September and December 2020.

Chloe Couper, business manager at Direct Line Life Insurance, said:"The impact of the coronavirus pandemic has been severe and unfortunately means many families are facing tough financial decisions. Widespread redundancies, furloughing and pay reductions have resulted in many households across the country having to cope on a lower income and try to reduce their spending. While it is understandable that parents feel they need to utilise any savings they and their children have to cover costs, this could have a negative long-term impact on their children if this money was being set aside for things like university fees or property deposits.

"2020 has shown us that worst case scenarios sometimes happen, and we may not know what's around the corner despite best laid plans. Many people will now be thinking about the future and how they would provide for their family if anything happened to them and a life insurance policy can help provide this peace of mind."

This article was written by Adam Saville from Professional Pensions and was legally licensed through the Industry Dive publisher network. Please direct all licensing questions to legal@industrydive.com.