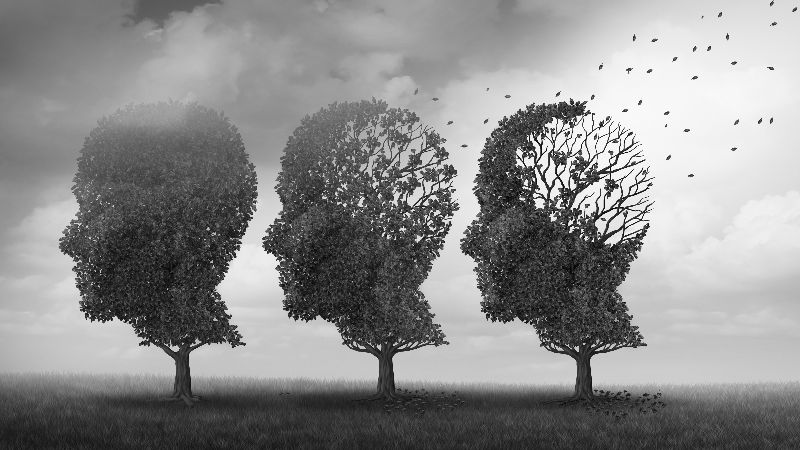 As part of the international campaign to raise awareness of dementia, marked by World Alzheimer’s Day on 21 September, global research reveals that when it comes to retirement people in the UK are equally concerned about getting Alzheimer's or dementia as they are running out of money.

The research* carried out by international pensions and investment firm Aegon, shows that declining physical health is the most frequently cited retirement concern across the globe. In the UK mental decline and getting Alzheimer’s or dementia is seen as more of an issue with two in five (41%) identifying it as a concern compared to around a third of people globally (35%).

There’s the same level of concern globally as in the UK about running out of money, with 40% of people identifying this as an issue.

Alzheimer’s disease is an irreversible degeneration of the brain that causes disruptions in memory, thinking, personality and other functions. There are 850,000 people with dementia in the UK, according to Alzheimer’s Society and the number is expected to rise to over 1 million by 2025 and 2 million by 2051.

The risk of dementia also increases with age, and as people on average live longer, the number of people with dementia is likely to keep rising. While not linked to age alone, and caused by diseases of the brain, the age link is reflected in the findings by a greater concern among older generations of getting the disease than younger people, with twice as many people in the silent generation (58%) expressed a concern, compared to (30%) of millennials.

The fact that women on average live longer also contributes to dementia being a disease that affects more women, with the number of women with dementia around the world outnumbering men 2 to 1#. So perhaps unsurprisingly, the research showed women in the UK were more concerned (45%) than men (36%).

“In the UK, the government needs to play its part by confirming how as a country we will fund social care in old age, whether for those affected by Alzheimer’s or beyond. It’s imperative that individuals have a clear understanding of what the government will provide and what they’ll be expected to pay if they need social care in the future. Only then can people plan ahead to address their health and wealth retirement concerns.

“The research clearly shows that health and wealth are uppermost in people’s thoughts when it comes to retirement. The fact that we’re all on average living longer is good news, but that’s only something we can fully celebrate if we have the financial resources, and good health, to enjoy it.”