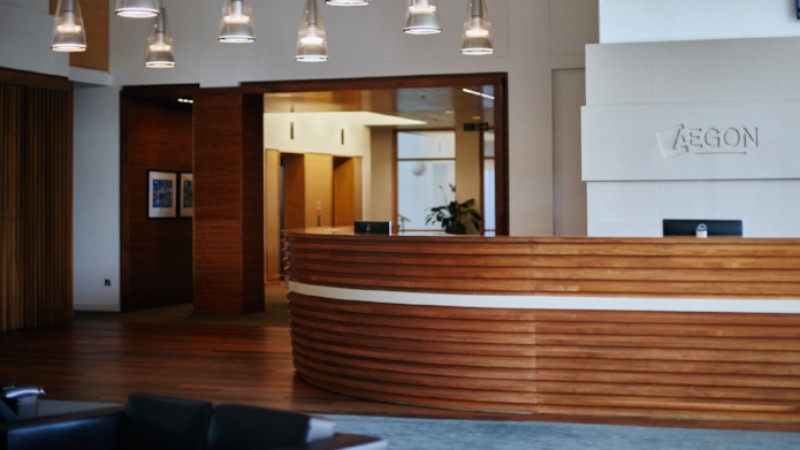 The real Living Wage commitment formalises the fact that everyone working at Aegon receives a minimum hourly wage of at least £9.50 in the UK or £10.85 in London. Both rates are significantly higher than the government minimum for over 23s, which currently stands at £8.91 per hour.

The real Living Wage is the only UK wage rate calculated according to the costs of living. This recognition means that Aegon is choosing to pay the real Living Wage on a voluntary basis, recognising the value of their workers and ensuring that a hard day’s work receives a fair day’s pay.

“Aegon is delighted to be recognised as a Living Wage Employer. People are at the heart of the business and make Aegon a great place to work.

“We have been committed to paying all employees the real Living Wage rates informally for many years now. But with this formal accreditation, we will now be able to work with third parties to encourage them to do so as well to ensure more people have a fair and equitable future.”

“It is fantastic to see Aegon UK become formally accredited as a real Living Wage employer. Ensuring staff are fairly remunerated is fundamental to Fair Work and benefits individual workers as well as business – by improving retention and productivity, and reducing recruitment costs. The Scottish Government encourages all employers regardless of size or sector to pay the real Living Wage.

“I congratulate Aegon UK in making this public commitment to Fair Work and I encourage all employers to follow their lead.”

“Too many workers in Scotland are in the grip of poverty and employers choosing to pay at least the real Living Wage can loosen that grip. Payment of the real Living Wage allows those in work to become more included in society, better meet their everyday needs, and feel that their value and hard work is recognised by their employer. Congratulations to Aegon on their Living Wage commitment, and I hope more organisations follow their lead by becoming Living Wage accredited.”

“Aegon joins a growing movement of over 2,000 employers in Scotland who together want to ensure workers earn a wage that meets the cost of living.

“Having paid their own employees the real Living Wage for a long time, the formal process of accreditation meant that Aegon were able broaden their impact by extending the Living Wage commitment to regular workers employed through their supply chain. We hope Aegon’s Living Wage accreditation will inspire similar action from other large employers, to recognise the important leadership and influencing role they too could have in growing the Living Wage movement.

Since 2011 the Living Wage movement has delivered a pay rise to more than 45,000 people in Scotland and put more than £240 million extra into the pockets of low paid Scottish workers.

What about the Government's national living wage?

About the real Living Wage: