Aegon reveals top UK hotspots for the over-90s in 2020 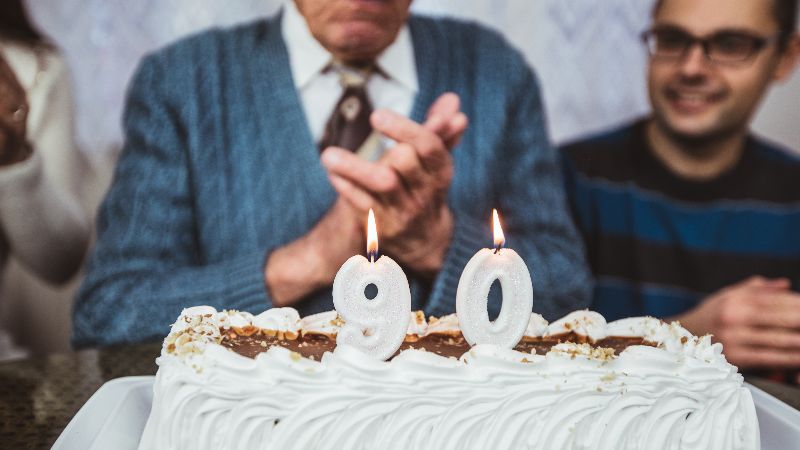 Latest analysis by Aegon* highlights the areas throughout the UK with the highest proportion of people aged 90 and over in 2020.

In 2020, the over 90s population will have increased by over a third (36%) since 2010, significantly outpacing population growth which will have risen by 7% for the same period. With rising life expectancy, this trend is expected to continue, particularly as the Baby Boomers move into older age. The latest projections shows that around 616,100 people will be over 90 in 2020. 30 years ago (in 1990) this figure was 237,900**.

While no regions in Scotland or Northern Ireland make the top 10, East Dunbartonshire, an area in West Scotland, has experienced the largest percentage increase in people over 90 in the last 10 years (table 2). Since 2010, the proportion of people age 90 and over in the area has almost doubled (95% increase)***.

“Improved life expectancies across the UK are something to celebrate but as our population ages it’s important to remember that a longer life requires more money to fund it. The latest figures show there’s a real possibility we’ll need to plan for an income to last well into our 90s. Many areas of the UK have experienced a boom in the number of those living beyond 90 and in the last ten years, growth in this age group has significantly outpaced increases in the wider UK population.

“Our ageing society brings with it significant challenges, particularly with issues such as social care and access to public services and it’s important to recognise that demands will vary across the different areas of the UK. Aegon analysis shows areas in the South East such as the New Forest have a much higher than average population over 90 than those in London such as Tower Hamlets, where just 0.26% of the population will be aged 90 and over in 2020. In the latest Queen’s Speech, the government has repeated its commitment to reforming adult social care and we hope this will now lead to a concerted cross-party action to solve this crisis.

“Living beyond 90 is no longer a rare occurrence. 1 in 5 boys and 1 in 4 girls born today are projected to live to 100 and in 50 years’ time this is expected to be around half for new-born babies****. It is crucial, therefore, we built these changes into our financial planning so we are not caught short in retirement.

**Historic estimates for the number of people aged 90 years and over is taken from the Office for National Statistics ‘Estimate of the very old’: 2002 to 2017.

***The change over the last 10 years uses the latest population estimates from the Office for National Statistics. This was combined with the 2020 ONS population projections.

****Life expectancy figures for babies expected to live to 100 years old are taken from the Office for National Statistics analysis ‘Living Longer: how our population is changing an why it matters’.