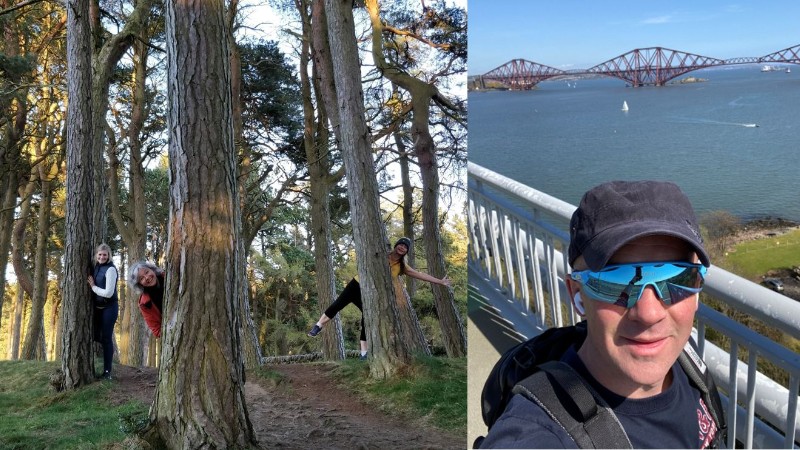 More than 100 teams of up to six people entered the Around Aegon in 42 days challenge which ended on 30 May. Each team had to complete 1332km in 42 days.

Those taking part racked up more than 127,775km, which is more than three times around the world or the equivalent of scaling Mount Everest 14 times.

“It’s been the most successful event we’ve ever run in terms of numbers taking part, with more than 600 people signing up. There’s no denying it was a struggle at times. The weather was not kind to us and trying to make the time to get outside for a run or a walk could be tricky, but most people who took part felt the benefits and had some fun along the way.

“The challenge also brought out the competitive spirit in a lot of people which was demonstrated especially by the winning team that finished in 16 days. What was most inspirational was a colleague in the winning team who was in strict lockdown in India. Akhilesh Shukla was an absolute star in the challenge and covered most of his 160km by walking a figure of eight on the top of his building.

“We hope that the walking or running bug will stick for many people and they will continue to enjoy getting outside to recharge. And with our new approach to matching employee fundraising, giving £2 for every £1 raised, we are really proud of the overall positive impact this has made to both the wellbeing of our colleagues and the charities we support.”

A virtual award ceremony was held on Monday 7 June to celebrate the fantastic achievements of those who took part.

Liam Kean, Platform Support Analyst at Aegon and a member of the winning team, the IT Crowd said:

“I blame my teammate Aklu for the madness. When I checked the app on the first morning, he had already posted 8km. So, my intended 5km run somehow turned into 17km. Then everything quickly escalated from there. Winning was definitely not on anyone’s mind at the beginning. After a strong start we fully expected to be overtaken after the first weekend, but surprisingly were not. Into week two the pace continued, as nobody wanted to let the team down, especially when the end was in sight. Our win was 100% down to teamwork and a fantastic team spirit spanning over 3 countries and 2 continents. We all enjoyed it immensely.”

Akhilesh Shukla, Platform IT Support at Aegon and a member of the winning team based in India said:

“This challenge presented us a wonderful opportunity to be part of a greater cause of helping our community. The best part of it, was the element of challenging yourself and believing as a team and an individual – “We can do it!”

“Not being a regular runner, efforts by my team mates definitely motivated me to try and contribute as much to the cause as possible. This challenge is now complete but the memories made will remain fresh for many years to come.”

The challenge attracted the attention of a sports nutrition company, Active Root that provided an energy boost for some of the teams along the way. And Westfield Health provided the My Wellness app for employees to track progress.

The donation page is still open so there’s still time to support the challenge.