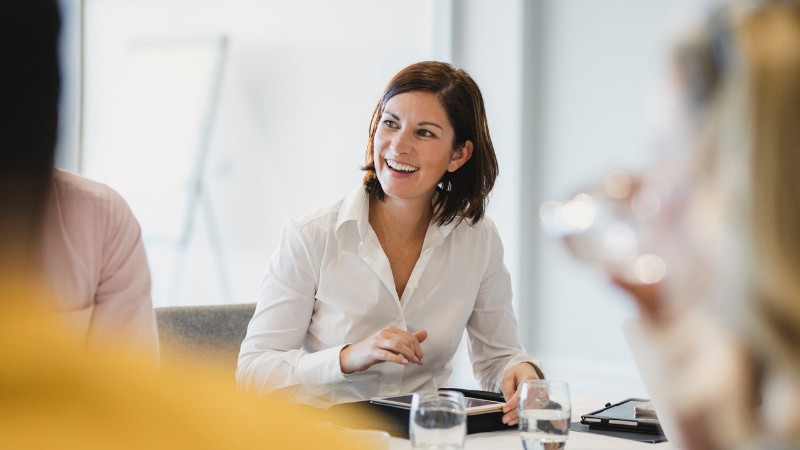 The Association of British Insurers (ABI) is calling for financial advice and guidance overhaul after a survey revealed that nearly three-quarters of people will not pay for advice.

The ABI believes changes are needed to shift the advice and guidance boundary and to enable customers to get advice that it is simpler and more affordable.

A poll of more than 2,300 people conducted by Yonder for the ABI found that 72% of people do not want to pay for financial advice. It revealed that four times as many people wanted one-off financial advice (46%) instead of the traditional model of ongoing fees (12%).

The research also shows that consumers have mixed views on how they want to receive financial guidance, suggesting there needs to be a range of options available to suit individual needs.

The most popular option for accessing information was through a government website (29%) followed by a pension provider (25%), family (23%), online information (22%) and Pension Wise (21%).

The ABI said the Financial Conduct Authority's (FCA) work on the Financial Advice Market Review and consumer investments market provide an opportunity for"reform and to enable advice that is simpler, more accessible and fit for the future".

It said reforming advice and guidance will enable providers, trustees and the Money and Pension Service to help customers more effectively when choosing what they want to do with their pension.

"This will be vital for consumers in the current era of low interest rates and increasing reliance on defined contribution schemes for retirement," it said.

Speaking at today's ABI's conference, Future-proofing the pension freedoms: what next?, ABI Director General Huw Evans will call for a fundamental rethink of the regulatory environment to facilitate new forms of advice and guidance so it is fit for purpose for the next 15 years.

Huw Evans, director general at the ABI, will say:"With millions of people exercising unprecedented freedoms to make retirement choices, we need a system of guidance and advice that helps the majority, not a minority. When people have saved all their working lives for their retirement, it is not good enough to allow most of them to make complicated judgements about drawdown rates, annuity options and pension options with very limited help.

"This is a shared responsibility for providers, regulators, advisers and government bodies. With the Brexit transition period coming to an end, the FCA has a uniquely timed opportunity to devise a system suitable for UK pension freedoms that ensures the majority of savers have access to either guidance or advice as they take decisions that will shape the rest of their lives."

Keith Churchouse, director at Chapters Financial, said the FCA needs to look at the increase in regulatory costs and suggested it may be time to bring back commission.

"While auto-enrolment and pension investment have been very successful over the past seven years, the ABI survey indicates that the Retail Distribution Review was a failure," he said.

"If 72% of people do not want to pay for advice, we have to ask if this is a problem that was created by the regulators rather than the advice industry.

"The reality is that the advice gap has grown over the last eight years which has taken away choice for the consumer, so perhaps it is time we went back to the drawing board and had another look at the issue of commission."

"Until you can make regulation smoother consumers are going to have to carry the cost of that. The regulator needs to make it easier to offer simplified advice in certain areas," he said.

"We still have this almost all or nothing regulatory approach which has made it very difficult to offer any sort of streamlined advice for people.

"There is a lot of confusion out there as to what you can and cannot do and whether the regulator and the ombudsman are going to come back at you 10 or 15 years down the line."

Bancroft Wealth operates at £500 a year flat-fee model.  Pensions and investment specialist Keir Ashman said:"The cost of financial advice has a bad reputation, and stories of exorbitant fees being paid by customers are alarmingly common. In my experience, everybody who receives financial advice benefits from it, but the problem with the fees associated - especially when paying for advice as a percentage of investable assets - is that it is opaque and can become hugely expensive, particularly for those with larger portfolios.

"We've seen clients who have moved from a percentage-based to a flat fee advice save, on average £6,000 and as much as £35,000 a year, without having to compromise on service."

He added:"If the financial advice industry is to ensure that customers are treated fairly, and rebuild trust among existing and would-be clients, we need to work together to improve the image of financial advice. And that will only be possible through how we act - and most notably through transparent and fair charges - not merely by what we say."

This article was written by Stephen Little from Professional Adviser and was legally licensed through the Industry Dive publisher network. Please direct all licensing questions to legal@industrydive.com.