6 tips for cutting down on the cost of childcare 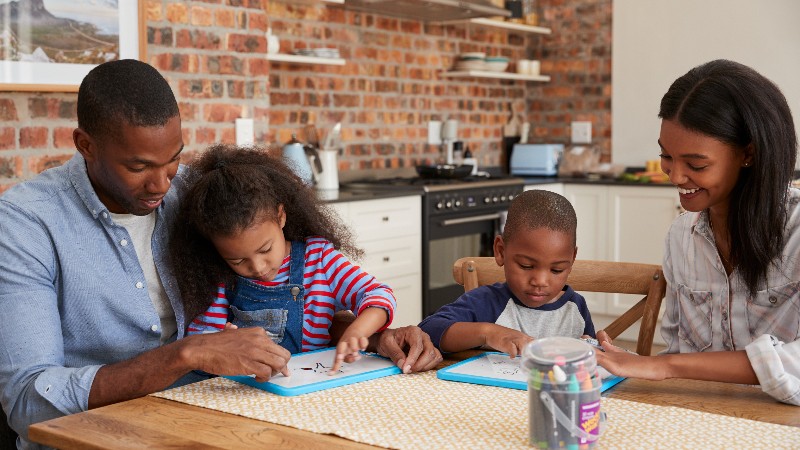 Wondering how to tackle the rising childcare costs? Read Habiba Katsha's article from Huffington Post to learn what you can do.

The increase in the cost of living has affected everyone, especially parents. As the price of gas, electricity and food continue to soar, parents are left wondering how they can save money. And a huge expense that most parents pay for is childcare.

The average cost for a part-time nursery place is £7,000, according to the NCT, and some parents pay even higher fees if they require childcare for under twos, or full-time childcare.

In fact, parents are now paying 2.5% more for childcare for children under two than they were a year ago, according one study.

And a recent survey by Pregnant then Screwed and Mumsnet found two-thirds of respondents are paying as much or more for childcare than for rent or mortgage payments.

It’s not always possible to save money on childcare, when really, parents need nationwide government intervention to help. However, we’ll also take any tips we can get on lessoning the burden.

Below, the consumer watchdog Which? has rounded up six potential ways to cut your childcare costs, including how to apply for any benefits or schemes you may have missed that you’re eligible for.

Tax-free childcare is a government scheme that pays working parents a top-up based on their childcare costs. Parents are able to claim £500 every three months for each child looked after by an approved childcare provider, sent via an online account. Parents that meet the eligibility criteria can apply through HMRC.

2. Check if you’re eligible for tax credits or universal credit

Both Working Tax Credit and Universal Credit offer extra support for families, where the government gives the recipient extra money towards paying for childcare.

To qualify for Working Tax Credit, the person claiming, and their partner, must both work at least 16 hours a week. One person can be out of work if they are entitled to carer’s allowance, in prison, in hospital, or incapacitated. It is possible to save up to 70% of childcare costs, up to a maximum of £175 per week for one child, or £300 for two or more children.

Likewise, people claiming Universal Credit can get 85% of their childcare costs covered, to a maximum of £646 a month for one child, or £1,108 for two or more children.

In England, there are schemes available for parents with very young children  The ‘free childcare for two-year-olds’ scheme is for those who receive certain benefits. In addition, everyone is eligible for 15 hours of free childcare per week for children aged three or four. This is for 38 weeks a year, but parents can opt to take fewer hours to spread this over more weeks.

Those on lower incomes might be able to claim 30 hours of free childcare a week, as long as they and their partners are earning at least the national minimum wage or living wage.

In Scotland, all three and four-year-olds are entitled to around 30 hours of free childcare a year. There is also a scheme for two-year-olds for those on certain benefits and low incomes.

In Wales, all three and four-year-olds can get 30 hours of free childcare a week. The 30 hours is made up of a minimum of 10 hours of early education a week and a maximum of 20 hours a week of childcare.

In Northern Ireland, three and four-year-olds get 12 and a half hours of free childcare per week during term time through a funded preschool place.

The Family and Childcare Trust lists organisations in local areas and provides information about childcare and family services. There are often youth groups and community centres which offer some form of help during the holidays.

Organisations like the YMCA, local church groups or local authority play schemes could be good places to check for free after-school clubs and classes.

These are intended for parents who are unable to pick their children up after school, which can save a lot of money compared to a nanny or childminder. However, services can be limited to only serving certain schools in the local area.

6. Try ‘parent sharing’ with a friend

For parents with friends who have similar schedules and childcare needs, a cheaper or free childcare option is to consider looking after each other’s children. While this erases the advantage of professional childcare, it allows children to socialise.

This article was written by Habiba Katsha from Huffington Post and was legally licensed through the Industry Dive Content Marketplace. Please direct all licensing questions to legal@industrydive.com.