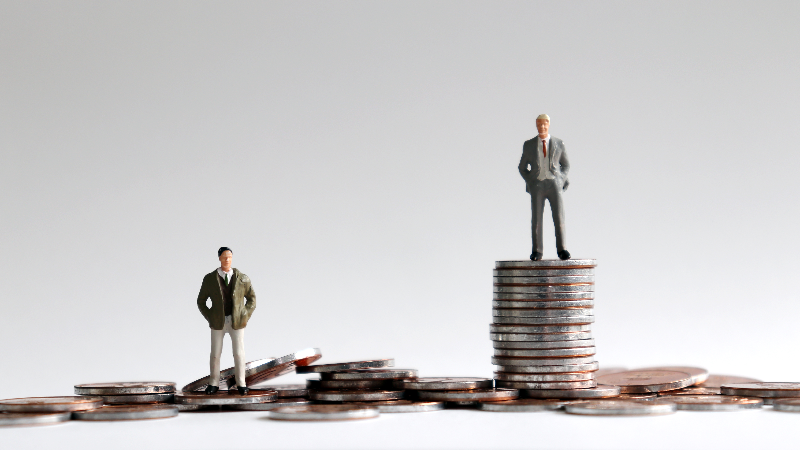 Analysis of government figures* by pension and investment firm Aegon has found there are 840,000 retired couples in the UK who have a weekly income which would cost more than  £1.15 million if bought as an annuity. However, as the average income of the wealthiest pensioner couples rises, the gap to those at the bottom end of the income scale widens.

The richest 20% of pensioners, equivalent to 840,000 couples, now have an average net income (after income tax, NI and council tax) of £988 per week or an annual income of £51,376**. These government figures include all sources of pensioners’ income such as pensions, investments, earnings and benefit income.

The analysis also highlights that the income gap between the richest and poorest pensioner couples has increased over the last ten years. The richest have seen their incomes increase by 15% over the last ten years from £858 to £988, while the poorest have seen a lower 14% increase from £234 to £267 for the same period. This means the current difference between the income of the top and bottom 20% of pensioner couples has risen by almost £100 from £624 to £721 per week****.

“Over the last ten years, pensioner couples in the highest income distribution band have seen their average weekly income increase by 15% to £988. A weekly income of this size would cost £1,152,250 to buy through an annuity which means this large proportion of retired couples can legitimately consider themselves ‘pensioner millionaires’.

“In fact while many people may assume their house is their most valuable asset, for many it could actually be their pension.

“However, whilst the top fifth of pensioner couples have seen their income rise to £988 per week, the figures show the bottom fifth have an average weekly income over £700 less at just £267 per week per couple, or £134 per individual, which is substantially under the full rate of the new state pension, currently £168.60 per week. Many of these pensioners may have reached state pension age before 5 April 2016 and be receiving the ‘old’ state pension or have had insufficient National Insurance records to qualify for the full rate.”

Pensioner couples are married or cohabiting pensioners where one or both are over state pension age.

***According to the Money Advice Service best buy tables, a pot of £1,152,250, is required to create a weekly income of £988. This is based on buying an annuity at age 65 payable monthly in advance and continuing to a surviving partner at half the level, with no increases in payment. The annuity rate used is the average of that offered by the three most competitive annuity providers from the Money Advice Service annuity rate tables on 13 June 2019 for a couple both aged 65, in good health and living in London (SW1H 9NA).